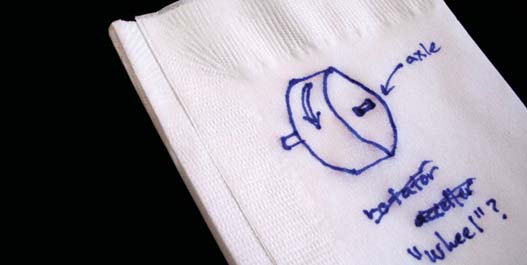 TC’s inside IP
A quarterly newsletter from the Intellectual Property Practice Group at Thompson Coburn LLP Green Tech Gets the Green Light By William Holtz, Ph.D. In December 2009, the United States Patent and applicants to petition to have their green technology Trademark Office (USPTO) implemented a pilot pro- applications examined out of turn, thus reducing the gram to accelerate the examination of certain patent time it takes to obtain a patent by about one year. applications pertaining to green technologies. These technologies include improving environmental quality, Under the pilot program, the USPTO will accept the energy conservation, renewable energy resources first 3,000 petitions to make special for non-provi- and reducing greenhouse gas emissions.1 In a news sional utility applications filed before December 8, release announcing the Green Technology Pilot Pro- 2009, that have not yet received a first office action.3 gram, the USPTO stated “The new initiative, coming The program does not include applications filed after days before the United Nations Climate Change Con- December 8, 2009, and thus is not necessarily an ference in Copenhagen, Denmark, will accelerate the incentive to file new green technology applications. development and deployment of green technology, Petitions to make special under the pilot program create green jobs, and promote U.S. competitiveness must be filed before December 8, 2010. Eligible in this vital sector.”2 U.S. Commerce Secretary Gary applications must be ones assigned to an approved Locke was quoted as saying “by ensuring that many art classification.4 Although the eligible classifications new products will receive patent protection more currently do not cover all areas of green technologies, quickly, we can encourage our brightest innovators depending on the effectiveness of the pilot program to invest needed resources in developing new tech- and the resources available, the program may be nologies and help bring those technologies to market extended to include more classifications in the future.
Petitions to make special must be accompanied by The goal of the Green Technology Pilot Program is a request for early publication and an early publica- to decrease the pendency of previously filed appli- tion fee if the application has not been published. cations. According to the USPTO, it currently takes Eligible applications may contain a maximum of three about 30 months for applications in green technology independent and twenty total claims. Claims may be areas to receive a first office action and 40 months amended or canceled to meet this requirement. The to receive a final decision. The pilot program allows USPTO has also indicated that for applications cur- Green Tech Gets the Green Light by William Holtz, Ph.D. . 1Federal Circuit “Messes with Texas” on Motions to Transfer by Jason M. Schwent . 3Lowering the Bar for Filing Declaratory Judgment Actions: Triggering Declaratory Judgment Jurisdiction by Pamela M. Miller . 5Are Test Results Required to Show the Utility of an Incredible Pharmaceutical Invention? by Steven M. Ritchey and Charles P. Romano Ph.D. . 6 Thompson Coburn LLP ∙ One US Bank Plaza, St. Louis, Missouri 63101 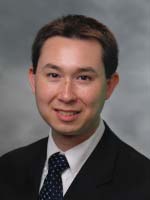 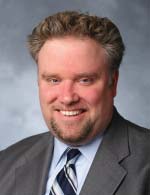 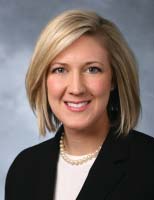 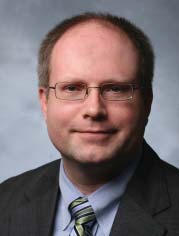 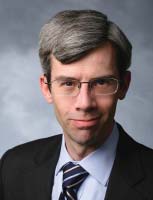 1 See In re Brana, 51 F.3d 1560 (Fed. Cir. 1995); Newman v. Quigg, 877 F.2d 1575, 1581 (Fed. Cir. 11 See Id. at 1322, 1327 (“[The inventor] responded 2 In re ’318 Patent Infringement Litigation, 583 F.3d to an obviousness rejection by explaining that, because the brains of the animals in the studies 3 See In re Brana at 1565-66.
cited in the specification were ‘normal’ (rather than 4 In re ’318 Patent Infringement Litigation at 1322.
having ‘physiological changes’ similar to Alzheimer’s disease), the studies were conducted under ‘circum- stances having no relevance to Alzheimer’s disease,’ 6 Id. at 1325 (quoting Cross v. Iizuka, 753 F.2d 1040, and that it thus would be ‘baseless’ to predict from such studies that galantamine would be useful to treat Alzheimer’s disease.”); (“[W]hen I submitted this pat- 7 See Id. at 1325 (citing In re Brana at 1566).
ent, I certainly wasn’t sure, and a lot of other people 8 Id. at 1330 n.1 (citing In re Brana at 1567) (“The weren’t sure that cholinesterase inhibitors[, a category majority’s claim that ‘unlike the present case, the test- of agents that includes galantamine,] would ever ing [in Brana] was submitted to the PTO during pros- ecution’ is misleading. The appeal in Brana was taken 12 Manual of Patent Examining Procedure § 2107.02.
from the Board of Patent Appeals . . . . And thus the Brana panel could not have intended to provide for a 13 See In re ’318 Patent Infringement Litigation at distinction between the test results offered to support the credible utility of an otherwise enabling disclosure Steven M. Ritchey’s professional experience includes the preparation and pros-ecution of patent applications, both domestically and internationally. His experience includes a wide range of technical disciplines, including agriscience, biotechnology, organic chemistry, fuel cell catalytic technology, rechargeable battery technology, silicon wafer technology, nuclear medical materials, polymer technology, solder alloys and metal plating technology. Mr. Ritchey’s practice includes the negotiation and preparation of technology alliance and license agreements, as well as prepar-ing opinion letters regarding infringement, validity issues and freedom to operate.
Mr. Ritchey can be reached at 314-552-6232 or [email protected] Charles P. Romano, Ph.D. is a Senior Patent Agent in Thompson Coburn LLP’s Intellectual Property Practice. A former Research Director at Monsanto and Ap-ath, Dr. Romano has over fourteen years of experience in the biotech industry. He is a named inventor on ten issued United States patents in molecular biology, agricultural biotechnology and pharmaceutical discovery and has published in peer-reviewed scientific journals such as Genes and Development, The Plant Cell, EMBO Journal and PNAS-USA. Key achievements include leadership of the team that identified the initial Monsanto YieldGard® Rootworm product and acquisition of more than $1 million in Small Business Innovation Research Awards from the National Institutes of Health. Dr. Romano prepares and prosecutes biotech and pharmaceutical patent applications before the US Patent and Trademark Office as a registered patent agent.
Dr. Romano can be reached at 314-552-6255 or [email protected] This newsletter is intended for information only and should not be considered legal advice. If you desire legal advice for a particular situation you should consult an attorney.
The ethical rules of some states require us to identify this as attorney advertising material.
The choice of a lawyer is an important decision and should not be based solely upon advertisements.