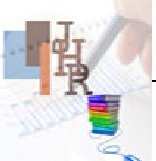 History Library Guide The Library has a wide variety of information about history, included in books, journals and DVDs, as well as online resources. This guide introduces all these sources and gives some tips to help you find the information you need quickly and efficiently. If you need any help please ask a member of Library staff. Books Books are a good source for straigh