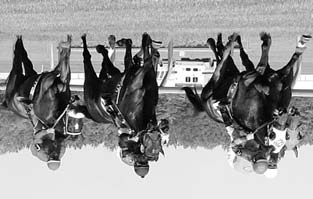 GAMBLING REGULATION AND OVERSIGHT
injury, yielding an incidence rate of 0.076 percent; in 2004, the incidence rate was0.056 percent.
Commission test barn technicians provide another layer of oversight by ensuringthat horses receive the proper amount of allowable medication prior to a race,another component of a “fair” race. The test barn technicians oversee and controlthe administration of one medication in particular, furosemide (also called Lasix),because it can mask the presence of other drugs in the horse’s system.
Specifically, all Lasix medication, syringes, and other supplies are stored in alocked container in the “Lasix Barn,” under the control of the commission’s barntechnicians. Each horse that races with Lasix is scheduled to receive the drug fourhours prior to the race. Although private veterinarians actually administer theLasix to the horse, a commission technician accompanies the veterinarian toensure that the correct horse is receiving the permitted amount of medication.
While it is still possible for a veterinarian to administer Lasix outside of thesecontrolled circumstances, post-race drug tests on the winners would likelydisclose unauthorized use of the drug.
Drug violations are an industry problem nationwide, and Racing Commissiondrug testing procedures have detected drug-related violations at Canterbury Park.
After each race, horses that finish first, and generally those that finish second, aresubject to blood and urinedrug tests.10 One of the state 2 percent of
horses tested at
Canterbury Park
had positive tests
2004, 2 percent of 1,446horses tested had positive for either an
unallowed drug
unauthorized
amount of a
medication.
test can have the samplere-tested at another laboratory. If the sample again yields a positive result, thetrainer must go before the stewards. Between fiscal years 2000 and 2004, thestewards ruled on 58 medication violations (13 percent of all hearings in this timeperiod); 3 resulted in 30-day suspensions and 55 resulted in a fine (generallybetween $100 and $300).11 Finally, Racing Commission investigation and Canterbury Park security personnelhave a presence on the backside of the racetrack to help detect and deterproblems. Specifically, security personnel patrol the barns to ensure that licenseescomply with Canterbury Park’s and the commission’s rules and procedures. Inaddition, commission investigative staff circulate among the various racing venues 10 The stewards or commission veterinarians may also request that other horses be tested.
11 Trainers with small first-time medication offenses involving specific medications(phenylbutazone or oxyphenbutazone) generally received warnings and were therefore neithersuspended nor fined. These offenses are not included in the 58 medication violation rulingsdiscussed above.
MINNESOTA RACING COMMISSION
(the backside, paddock, winners’ circle, test barn, etc.) to ensure that nounauthorized people are present. Commission staff also work with the stewards todetermine if licensees have violated commission rules and conduct spot checks ofthe jockeys’ room, barns, and equipment rooms to ensure that all rules are beingfollowed.
Card Club
Because the Canterbury Park card club is located at the racetrack and wasauthorized to help support horse racing, the Minnesota Racing Commission hasstatutory oversight of it. As outlined in Minnesota statutes, “a racetrack may The detailed
operate a card club at the racetrack…only if the commission has authorized the rules governing
licensee to operate a card club operation and the commission has approved the Canterbury's
licensee’s plan of operation.”12 Statutes also state that the commission may card club are
withdraw its authorization for the card club “at any time for a violation of a law or defined in a
rule governing card club operation.”13 In addition, the Canterbury Park cardclub’s plan of operation, which governs card club activities, gives the Racing commission-
Commission the ability to “deny, suspend, revoke or refuse to renew the Plan of approved "plan
Operation [or] the authorization to conduct a card club” for a variety of reasons, of operation."
including if Canterbury Park or its management have “engaged in conduct that iscontrary to the public health, welfare, or safety or to the integrity of card clubactivities.”14 Statutes hold the authorized licensee (Canterbury Park) responsiblefor “conducting and supervising the card games, providing all necessaryequipment, services, and personnel, and reimbursing the commission for costsrelated to card club regulation and enforcement.”15 As evidenced by the legislative history that led to the card club’s legalauthorization, the state has determined that it is important for the RacingCommission to oversee the card club. However, we found that: The Racing Commission does not adequately oversee Canterbury
Park card club activities.
The Racing Commission is overly reliant on Canterbury Park surveillance anddoes little to independently verify Canterbury Park compliance with the card In overseeing the
card club, the
Racing
The Racing Commission relies too heavily upon Canterbury Park surveillance Commission
personnel for card club oversight. Commission staff have access to CanterburyPark’s surveillance room and records, but do not actively participate in relies too heavily
surveillance operations.16 According to commission staff, they do not regularly on Canterbury's
oversee surveillance activities during live racing months, although they spend surveillance
more time on the card club during the winter months. Instead, Canterbury Park personnel.
surveillance and security staff notify the commission of problems as they arise.
12 Minn. Stat. (2004), §240.30, subd. 1.
14 Canterbury Park, Card Club Operations Manual (Shakopee, MN, 2004), Section C.10.A.
15 Minn. Stat. (2004), §240.30, subd. 2.
16 The surveillance room is where Canterbury Park surveillance personnel observe card clubactivities through the use of cameras, video monitors, and video recording devices. 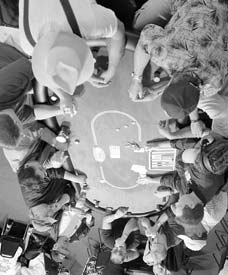 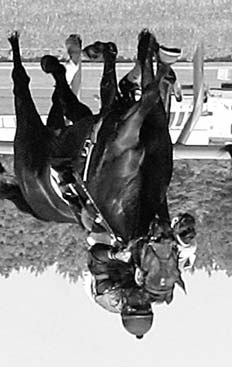 IF DATE RAPE HAPPENS TO YOU ■ Monitor the media for programs that reinforcesexual stereotypes. Write, call, or e-mail to■ Remember that rape is rape. You are not toblame. Know that action against the rapist canprotest. On the other side, publicly commendprevent others from becoming victims. the media when they highlight the realities of■ Get help immediately. Phone the po