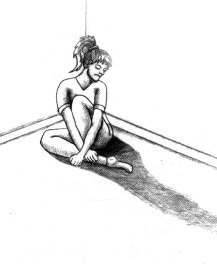 IF DATE RAPE HAPPENS TO YOU
■ Monitor the media for programs that reinforce sexual stereotypes. Write, call, or e-mail to ■ Remember that rape is rape. You are not to blame. Know that action against the rapist can protest. On the other side, publicly commend prevent others from becoming victims.
the media when they highlight the realities of ■ Get help immediately. Phone the police, a friend, a rape crisis center, a relative. Don’t isolate your- WHAT ARE “DATE RAPE” DRUGS?
self, don’t feel guilty or ashamed, and don’t try ■ Rohypnol (roofies, roopies, circles, the forget to ignore it. It is a crime that should be reported.
pills) works like a tranquilizer. It causes muscle Date Rape
■ Get medical attention as soon as possible. Do weakness, fatigue, slurred speech, loss of clothes. Valuable evidence could be destroyed.
amnesia that lasts up to 94 hours. It looks like ■ Get counseling to help you through the recovery process. Rape is a traumatic experi- ■ GHB (liquid X, salt water, scoop) causes quick sedation. Its effects are drowsiness, nausea, vomiting, headaches, dizziness, coma, and ■ If you think you’ve been sexually assaulted death. The most common form is a clear liquid, under the influence of a date rape drug, get although it also can be a white, grainy powder.
medical help immediately. Try not to urinate ■ Rohypnol and GHB are called “date rape drugs” before providing any urine samples. If possible, because when they are slipped into someone’s collect any containers from which you drank.
drink, a sexual assault can occur without the IF IT HAPPENS TO SOMEONE YOU KNOW
victim being able to remember what happened.
■ Believe her. Ask her how you can help.
■ Offer comfort and support. Go with her to the hospital, police station, or counseling center.
NATIONAL CRIME PREVENTION COUNCIL
■ Remind her that it is not her fault.
1000 Connecticut Avenue, NW • 13th Floor • Washington, DC 20036
A Power Trip
www.ncpc.org
TAKE ACTION
The National Citizens’ Crime Prevention Campaign, sponsored by the Crime
Prevention Coalition of America, is substantially funded by the Bureau of
■ Ask your student government or a parent group Justice Assistance, Office of Justice Programs, U.S. Department of Justice.
to sponsor a workshop on date rape and sexual stereotyping. Work with a hotline or crisis center to persuade rape victims to join the panel.
Production made possible by a grant from ADT Security
■ Volunteer at a rape crisis center or hotline.
Services, Inc., A Tyco International Ltd. Company
WHY DOES IT HAPPEN?
■ check out a first date or blind date with Let’s look at sexual stereotyping and how males friends. Meet in and go to public places. Take Nothing—not even previous
public transportation or drive your own car.
consensual sex—entitles anyone to
■ Although things are changing, society still ■ leave social events with friends not with frequently encourages men to be competitive someone you just met or don’t know well.
force others to perform sexual acts.
■ always watch your drink and never leave it unattended. Don’t accept beverages from Without consent, forcing sexual
■ Men say they misunderstand a woman’s words and actions—the excuse, “She said no, contact is a crime. Date rape is a
DATE RAPE CAN HAPPEN IN HOMOSEXUAL RELATIONSHIPS
betrayal of trust and causes long-
AS WELL AS HETEROSEXUAL ONES. ALTHOUGH IT IS LESS
■ Some people—men and women alike—still FREQUENT, MEN CAN ALSO BE THE VICTIM OF RAPE. IT IS
believe that it’s okay for a man to demand sex lasting emotional injuries. Date rape or
STILL A CRIME AND THE VICTIM STILL NEEDS TO GET MEDICAL
if he takes a woman out or buys her gifts, and ATTENTION AND COUNSELING AS SOON AS POSSIBLE.
that it’s not rape if he forces sex on a woman acquaintance rape is about power,
who previously had sex with him or other men.
control, and anger—not romance.
■ Women also feel that if they’ve previously had As a man, you can
sex with a boyfriend who later forces them to ■ realize that forcing a woman to have sex have sex against their will, it may not be against her will is rape, a violent crime with PREVENTING DATE RAPE
■ accept a woman’s decision when she says As a woman, you can
“no.” Don’t see it as a challenge.
■ ask yourself how sexual stereotypes affect ■ be clear with men in your life about what, if any, sexual behavior you are comfortable with your attitudes and actions toward women.
and keep talking as you get deeper into a rela- ■ not use alcohol and other drugs—it clouds ■ not use alcohol or other drugs—they decrease your ability to take care of yourself and make ■ get help if you see men involved in a gang rape.
■ understand that if a woman is drunk and you have sex with her against her will, it’s still rape.
■ trust your gut feelings. If a place or the way your date acts makes you nervous or uneasy, ■ seek counseling or a support group to help leave. Always take enough money for a phone you if you feel violent or aggressive toward