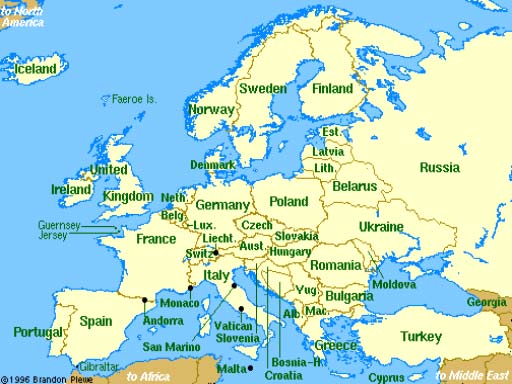 2012 EANA Annual Report
1. What is EANA?
EANA, the European Astrobiology Network Association, was founded in 2001 as a scientific non-profit organisation with the purpose to bring together European researchers interested in that new field of astrobiology, to foster their cooperation, to attract students and young scientists and to popularize astrobiology. EANA is registered at the Prefecture du Loiret, France with seat in Ardon France as “Association pour une Réseau Européen d’Exo/Astrobiology”. EANA currently combines 19 European national astrobiology organizations or groups from the following countries: Austria, Belgium, Czech Republic, Denmark, Finland, France, Germany, Greece, Hungary, Italy, Poland, Portugal, Romania, Russia, Spain, Sweden, Switzerland, The Netherlands, and United Kingdom. EANA is associated with international astrobiology organisations from Brazil, China, Japan, Mexico and is affiliated with the NASA Astrobiology Institute (NAI). The EANA Executive Council has a total of 36 members, of which 19 are ex-officio as national representatives and 17 are elected members. Gerda Horneck is the elected president (2007-20013) of EANA. EANA is partially supported by the European Space Agency ESA. EANA holds annual workshops in one of its member countries and has organized a tele-teaching network ABC-Net (AstroBiology lecture Course Network) in cooperation with ESA. EANA’s website is: http://www.astrobiologia.pl/eana/ 2. Activities of EANA in 2012
i. 12th European Workshop on Astrobiology The 12th European Workshop on Astrobiology EANA'12 took place from October 15 to 17, 2012 at the AlbaNova, in Stockholm, Sweden. EANA'12 was hosted by NORDITA (the Nordic Institute for Theoretical Physics), the Swedish Astrobiology Network (SwAN), and Stockholm University Astrobiology Center (SU-ABC). The workshop included oral presentations, poster sessions with moderated discussions, plus a student contest "The Space Factor". A panel was devoted to Pan-European projects in astrobiology. 150 scientists attended EANA'12. For further details, the programme and the book of abstracts visit the EANA'12 website: http://agenda.albanova.se/conferenceDisplay.py?confId=2996. EANA'12 was sponsored by the Stockholm University, KTH Royal Institute of Technology, the Swedish Research Council, the Swedish National Space Board, the Wenner-Gren Foundations, the City of Stockholm and the European Space Agency ESA. 28 travel grants were awarded by EANA to students and young scientists, in addition several travel grants were awarded by NORDITA. ii. 13th European Workshop on Astrobiology The 13th European Workshop on Astrobiology will be held in Szczecin, Poland on July 22-25, 2013. It will be hosted by the Center for Advanced Studies in Astrobiology (CASA*). The workshop theme will be “From cosmic dust to life”. b. EANA Executive Council meeting: The EANA EC meeting took place on October 14 at NORDITA. In order to express the high interest of the astrobiology community on the planned ExoMars Mission, a Stockholm astrobiology declaration on ExoMars was produced (see http://www.astrobiologia.pl/eana/) i. The following non-European organizations have become new The Mexican Society of Astrobiology: SOMA, Mexico, (contact University of São Paulo (USP) Research Unit in Astrobiology (NAP- Astrobio), Brazil, (contact person: Douglas Galante). Following an agreement between EANA and NAI from 2011 that in order to strengthen the European-US partnership, as a first step to focus on supporting student exchange, it was agreed to first receive information on existing exchanges between European and US astrobiology groups. For this, a questionnaire was developed and has been sent to European astrobiology colleagues/institutions. i. Origins of Life and Evolution of the Biosphere: A special issue of OLEB (2012: 42, no.2-3) has been dedicated to papers presented at the 11th European Workshop on Astrobiology, held in 2011 in Cologne, Germany; guest editors are G. Horneck and R. Moeller ii. Paleontological Journal (2012, Vol. 46, no. 9, pp. 1–38) has published the abstracts of presentations from the 10th European Workshop on Astrobiology, held 2010 in Pushchino, Russia; guest editor was David Gilichinsky (†). On October 9, 2012, the 4th series of the Astrobiology lecture Course Network (ABC-Net) has started, a real time tele-teaching combining 9 European universities, which include ABC-Net as part of their university lecture plan and the ECTS-system. ABC-Net is jointly organized by EANA and ESA, with Francois Raulin (EANA) as scientific organizer and Nigel Savage (ESA) providing the technical management. The lectures – as well as those of previous series – are available on the ESA web: http://wsn.spaceflight.esa.int/?pg=page&id=11 EANA has started participation in the FP 7 coordination project AstroMap (Astrobiology and Space Missions Road Mapping) of the European Commission. The Kick-off meeting of AstRoMap was held on October 14, 2012 in conjunction with EANA’12. The first step will be to map the European astrobiology and planetary sciences landscape via a community consultation. Gerda Horneck President of EANA December 13, 2012