Drugs for Alzheimer’s disease
How and where can you get the drugs?
The drugs that are currently available are not a cure and do not stop the The drugs are available on NHS prescription from progression of the disease. They may, however, temporarily ease some approved hospital specialists according to strict of the symptoms of Alzheimer’s disease in some people. criteria. Treatment cannot be initiated by general practitioners. There is no known way to donepezil (‘Aricept’)
predict whether or not an individual with Alzheimer’s disease will benefit. It is important The drugs available on prescription are:-
rivastigmine (‘Exelon’)
to have a thorough discussion about the possible galantamine (‘Reminyl’)
advantages and disadvantages of treatment memantine (‘Ebixa’)
before the drug is started. Following an initial How do they work?
trial period, the drug will only be continued if Acetylcholine is a natural brain chemical that allows the brain to function efficiently. In Alzheimer’s there is clear evidence of benefit. You will then disease, there is not enough acetylcholine. Donepezil, rivastigmine and galantamine slow the breakdown be monitored to ensure that it is appropriate to of acetylcholine by blocking the action of an enzyme in the brain called cholinesterase. This allows higher concentrations of acetylcholine to stay in the brain. Memantine regulates another chemical in the brain NICE Guidelines on use of Donepezil,
called glutamate; this can damage nerve cells if levels are too high. Memantine seems to have a Rivastigmine, Galantamine and Memantine for
Alzheimer’s disease.
Potential benefits and side effects
• Donepezil, galantamine and rivastigmine are
recommended as options for managing mild to
Not all patients respond to the drugs. Those that do may find they are more able to concentrate and they moderate Alzheimer’s disease.
may experience an improvement with their memory. Over time, the benefits seen may decline. As with any drug, some patients may experience side effects, though these are not common. Those occasionally • Memantine is recommended as an option for managing
moderate Alzheimer’s disease and for people who
reported include diarrhoea, nausea, muscle cramps, vivid dreams and loss of appetite. In most cases, cannot take one of the other three drugs, or who have
these side effects are mild, usually lasting a few days after the drug is first started. If side effects are more severe Alzheimer’s disease.
troublesome it may be possible to stop them by taking the drug with meals, taking at a different time of • Diagnosis of Alzheimer’s disease, baseline assessment
day or taking a lower dose. Occasionally it may be necessary to stop the drug. and initiation of treatment should be made by a
specialist clinic.
Are the drugs suitable for all patients?

• Drug treatment should be continued only when it is
Donepezil, rivastigmine and galantamine are for the treatment of mild to moderate Alzheimer’s disease. considered to be having a worthwhile effect on
Memantine may help some patients with more severe dementia. Because of the declining number of symptoms.
functioning nerve cells present in the brain as the disease progresses, the drugs may be less effective for • Patients who continue on treatment should be reviewed
individuals in the more advanced stages of the disease. The drugs may not be advised in patients with regularly and carers’ views on the patient’s condition
certain heart conditions, peptic ulcer, asthma, seizures or in patients taking certain other drugs. and response to treatment should be sought. 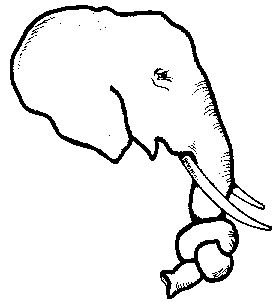 DONEPEZIL (‘ARICEPT’) is administered
once daily, initially at a dose of 5mg daily. This may be increased to 10mg daily later, as determined by your doctor. It is usually taken before bedtime, but if more convenient can RIVASTIGMINE (‘EXELON’)
Drugs for
(changed once daily). The initial dose of the capsules is 1.5mg twice daily. This increases Alzheimer’s
at about 4 week intervals to 3mg twice daily, tolerated well. The effective dose is between 3mg to 6mg twice daily. If side effects occur, they sometimes respond to omitting one or two doses or the daily dose may be reduced. The initial dose of the skin patch is 4.5mg. A higher 9.5mg patch may be tried after a few GALANTAMINE (‘REMINYL-XL’) is taken
starting dose is 8mgs daily. This increases after 4 weeks to the initial maintenance dose of 16mgs daily. After at least a further 4 Academic Centre, University Hospital Llandough, Penarth, weeks, this may sometimes be increased to Tel No. 029 20716961, Fax No. 029 20704244 24mgs daily after appropriate assessment. MEMANTINE (‘EBIXA’) is administered
http://medicine.cf.ac.uk/en/departments/medicine/geriatric-
medicine/memory-team/
increasing in steps of 5mg at weekly intervals April 2011
TÎM Y COF CAERDYDD

The American Journal of Medicine (2006) 119, e3-e5 CLINICAL COMMUNICATION TO THE EDITOR Rituximab-induced Elimination of Acquired frequent administration of C1-inhibitor concentrate, leading Angioedema Due to C1-Inhibitor Deficiency to very frequent attacks of severe These at-tacks may be life-threatening and obviously have a majorimpact on morbidity and quality of life. Here we descr