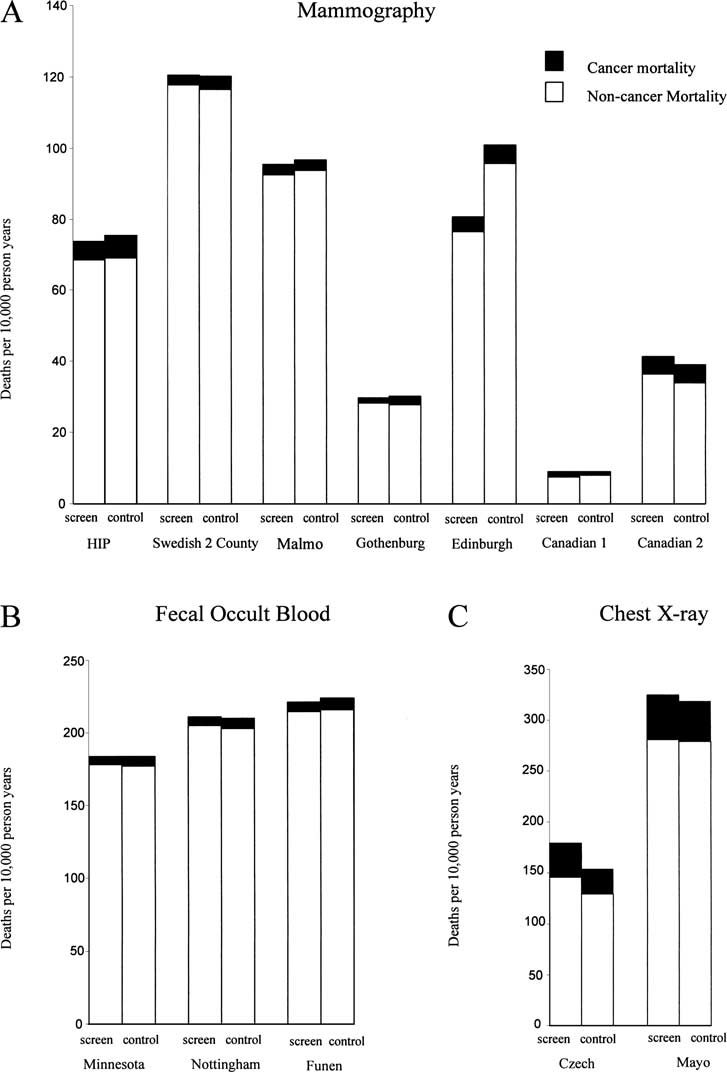 Fig. 1. Mortality rates in randomized trials of screening for cancers of the breast (A), colon (B), and lung (C) (19–30). HIP ס Health Insurance Plan.
Two biases may explain much of the observed inconsistency can occur in two different ways. First, a death from another in the direction of disease-specific mortality and all-cause mor- cause in the screened group may be falsely attributed to the tality differences (Fig. 2). These biases, which affect only the target cancer because it had previously been diagnosed in the classification of cause of death, occur independently and have subject. Second, a death from the target cancer in the control opposite effects on the reporting of disease-specific mortality.
group may be falsely attributed to another cause because the Sticky-diagnosis bias. Because the target cancer in a screen-
target cancer had not previously been diagnosed in the subject.
ing trial is more likely to be diagnosed in the screened group Although the death-review process in a screening trial can be than in the control group, deaths are more likely to be attributed blinded effectively to randomization, it cannot be blinded com- to the target cancer in the screened group. This misattribution pletely to the diagnosis or treatment of cancer, which can greatly Journal of the National Cancer Institute, Vol. 94, No. 3, February 6, 2002 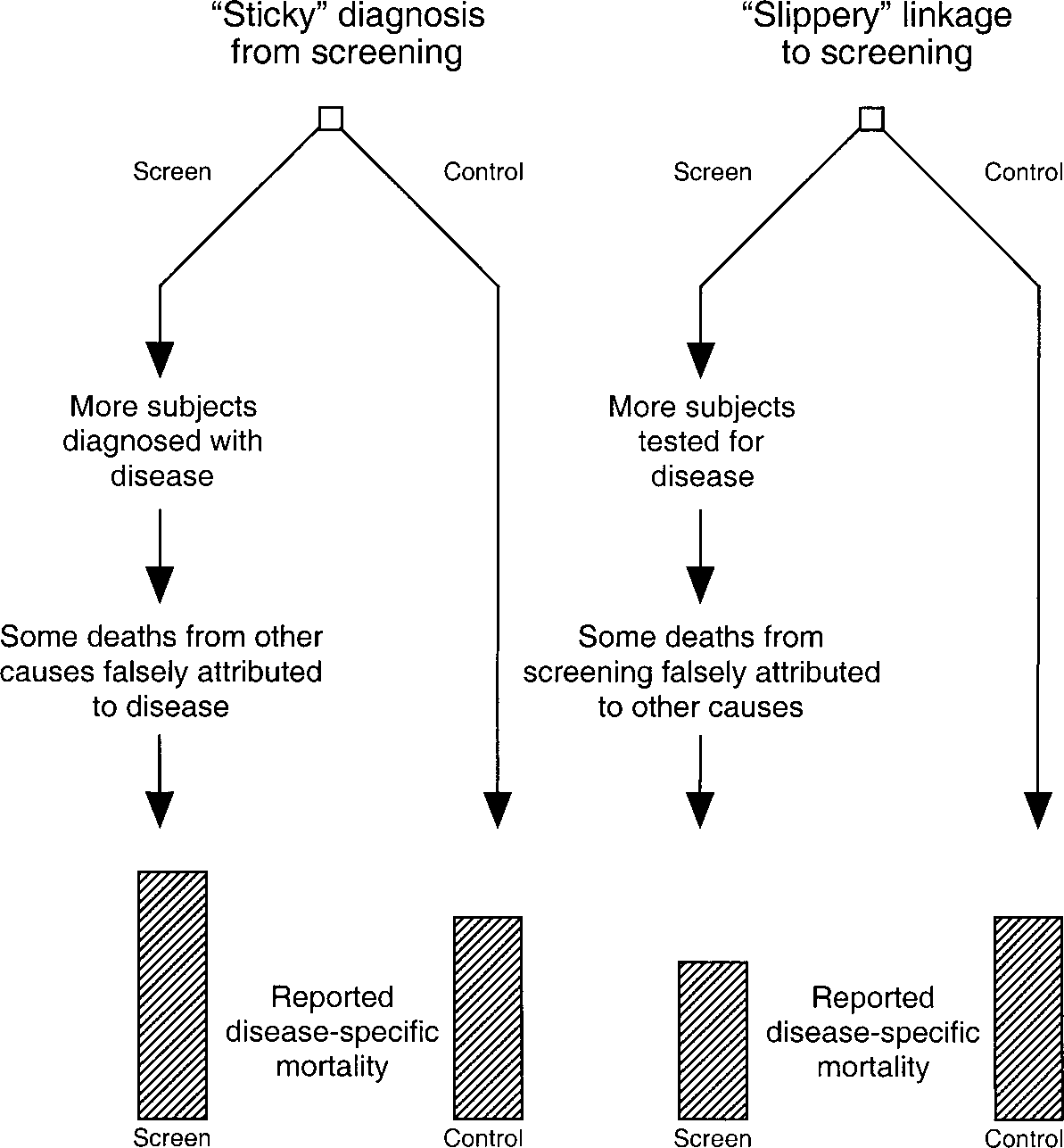