ISSN 0006-2979, Biochemistry (Moscow), 2013, Vol. 78, No. 9, pp. 1043-1047. Pleiades Publishing, Ltd., 2013.
Original Russian Text F. F. Severin, B. A. Feniouk, V. P. Skulachev, 2013, published in Biokhimiya, 2013, Vol. 78, No. 9, pp. 1331-1336. Advanced Glycation of Cellular Proteins as a Possible
Basic Component of the “Master Biological Clock”
F. F. Severin1,2, B. A. Feniouk2,3, and V. P. Skulachev1,2,3*
1Lomonosov Moscow State University, Belozersky Institute of Physico-Chemical Biology, 119991 Moscow, Russia; E-mail: [email protected] 2Lomonosov Moscow State University, Institute of Mitoengineering, 119992 Moscow, Russia 3Lomonosov Moscow State University, Faculty of Bioengineering and Bioinformatics, 119991 Moscow, Russia Abstract—During the last decade, evidence has been accumulating supporting the hypothesis that aging is genetically pro-
grammed and, therefore, precisely timed. This hypothesis poses a question: what is the mechanism of the biological clock
that controls aging? Measuring the level of the advanced glycation end products (AGE) is one of the possible principles
underlying the functioning of the biological clock. Protein glycation is an irreversible, non-enzymatic, and relatively slow
process. Moreover, many types of cells have receptors that can measure AGE level. We propose the existence of a protein
that has a lifespan comparable to that of the whole organism. Interaction of the advanced glycation end product generated
from this protein with a specific AGE receptor might initiate apoptosis in a vitally important non-regenerating tissue that
produces a primary juvenile hormone. This could result in the age-dependent decrease in the level of this hormone leading
to aging of the organism.
DOI: 10.1134/S0006297913090101
Key words: biological clock, aging, protein glycation, melatonin, juvenile hormone, AGE, RAGE Within the phenoptosis concept, aging is considered organisms in general. However, there are other sponta- to be the last stage of ontogenesis, the individual develop- neous chemical processes that might be the basis of the ment of an organism [1-4]. However, if this is the case, mechanism measuring many years. L→D isomerization of then both aging and ontogenesis as a whole should be amino acids in long-lived proteins is an example of this managed by a “master biological clock” as postulated by type of process. In whales, crystallins (lens proteins whose V. M. Dilman [5, 6] and later by A. Comfort [7]. Our age is comparable to the maximum age of the animal, i.e.
knowledge of the molecular mechanism of the measure- about two centuries) have been described [8]. Initially, all ment of time by living organisms has so far been limited the amino acids in crystallin are L-isomers. Over many to circadian rhythm. This rhythm is determined by cyclic years, the L-amino acids spontaneously isomerize into D- biochemical reactions that take place in the epiphysis (in isomers. This process is the fastest for aspartate (about 2% birds) or in the suprachiasmatic nucleus of the hypothal- in 10 years). This means that in case of a 200-year-old amus (in mammals). The signals formed by these organs whale, there are 40% aspartate residues that are present as cause fluctuations in concentration of certain hormones D-isomers in crystallin. A counter of biological age might in the blood, especially of melatonin. It seems obvious be formed from a protein similar to crystallin and some that measurement of time on the scale of hours inherent device that would measure D-aspartate content in the pro- to the circadian mechanism is hardly suitable for time tein. Humans have a number of other proteins (besides measurement on the scale of decades.
crystallin) that are formed only once in a lifetime. Such Humans check time by comparing it with a reference proteins have been found in tooth enamel, white matter of device based on measuring the rate of radioactive decay. It the brain, aorta, arteries, skin, cartilage, bones, and ten- is unlikely that such a mechanism could be used by living dons. Elastin is also a protein of this type [9].
Asparagine and glutamine deamidation in proteins can also be spontaneous. The rate of this process has been shown Abbreviations: AGE, Advanced Glycation End products; GRH, to depend on the protein conformation. It seems quite inter- gonadotropin-releasing hormone; mROS, mitochondrial reac-tive oxygen species; RAGE, receptors of AGE.
esting that the rate of spontaneous deamidation varies from * To whom correspondence should be addressed.
several hours to hundreds of years. N. I. and A. B. Robinson, 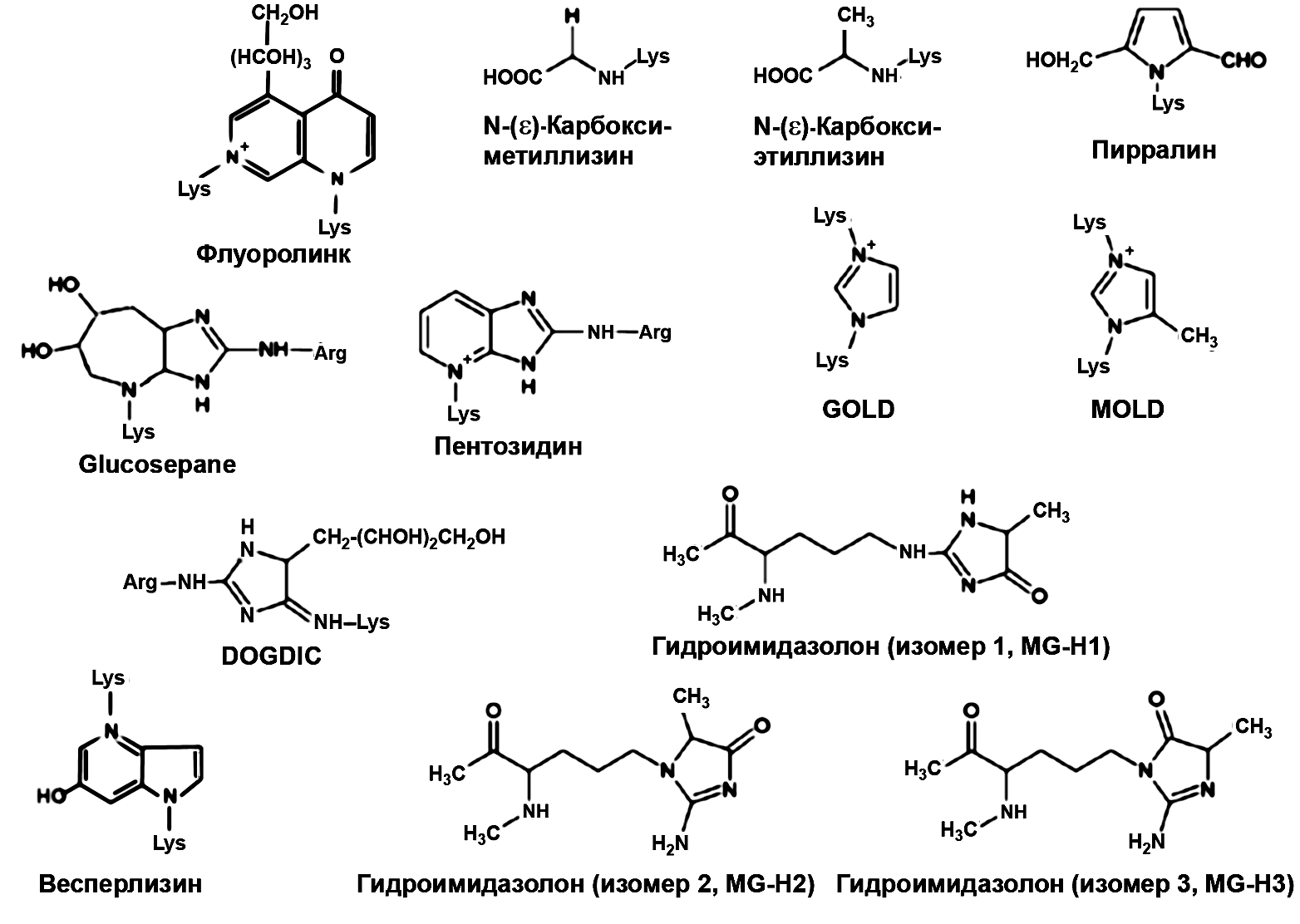