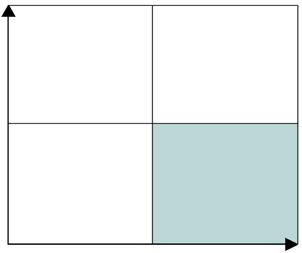 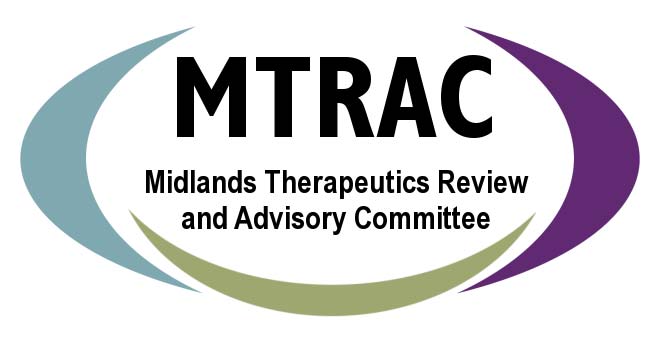 For treatment of type 2 diabetes
Commissioning guidance:
Commissioners may wish to bear the following in mind when considering the commissioning of dapagliflozin:  Its place in the local care pathway should be defined by local Drug & Therapeutics or Area Prescribing  In the absence of such local guidance, it is the opinion of the committee that dapagliflozin may be suitable as a third-line agent following treatment with a DPP-4 inhibitor (gliptin’).  It has potential as an alternative treatment in patients with type 2 diabetes who are obese.  Current draft NICE guidance on dapagliflozin does not recommend its use because the appraisal committee require further information from the manufacturer regarding the efficacy and cost-effectiveness of the treatment. Prescribing guidance: Category B (Q3)
Expected BNF: 6.1.2
Dapagliflozin should be initiated by a practitioner with a special interest in diabetes. Following initiation, it is suitable for prescribing in primary care. Category B: suitable for restricted prescribing under defined conditions Q3 rating: The evidence for the efficacy of dapagliflozin was considered to
be relatively strong. In seven RCTs, it was shown to be more effective at decreasing glycosylated haemoglobin (HbA1c) levels than placebo as in primary
monotherapy, and as add-on therapy to metformin, glimepiride, pioglitazone and insulin. As add-on therapy to metformin it was non-inferior to a combination of metformin and glipizide. There is however, no longer-term outcome data for this treatment. The place in therapy of dapagliflozin has not yet been established. The Q rating relates to the drug’s position on the effectiveness indicator grid.
Strength of evidence for efficacy
The strength of the evidence is determined by the quality and quantity of studies that show significant efficacy of the drug compared with placebo or alternative therapy. Its place in therapy in primary care takes into account safety and practical aspects of using the drug in primary care, alternative options, relevant NICE guidance, and the need for secondary care input. Description of technology
diabetes mellitus (~90%) have type 2 diabetes,1 Dapagliflozin is the first in a new class of oral which is associated with serious long-term antidiabetic agents that selectively inhibit the human microvascular and macrovascular complications. renal sodium glucose co-transporter type 2 (SGLT2), Patients with type 2 diabetes are two to five times the major transporter responsible for renal glucose re- more likely to suffer cardiovascular morbidity.2 absorption. Dapagliflozin lowers plasma glucose by Dietary and lifestyle modifications form the mainstays inhibiting the renal re-absorption of glucose in the of therapy for type 2 diabetes, but 50 to 70% of proximal tubule, thereby promoting its urinary patients will also require an antidiabetic drug. Drug excretion. It is licensed for use in adults aged 18 treatments currently available include sulphonylureas, years and older with type 2 diabetes mellitus to metformin, pioglitazone, acarbose, repaglinide, nateglinide, DPP-4 inhibitors (“gliptins”), exenatide, monotherapy when diet and exercise alone do not provide adequate glycaemic control in patients for Clinical evidence for efficacy and safety
whom metformin is considered inappropriate due to Eight fully published multicentre, phase III RCTs (n = 4,657) assessed the efficacy and safety of oral add-on therapy in combination with other glucose- dapagliflozin 2.5 mg, 5 mg, or 10 mg once daily as lowering medicinal products including insulin, when monotherapy (1 trial), or as part of a dual or triple these, together with diet and exercise, do not therapy regimen in patients with type 2 diabetes whose glycosylated haemoglobin levels (HbA1c) were Background
not well controlled with current therapy (7 trials). Seven trials used a placebo comparator; the eighth Diabetes mellitus is a common chronic disease, trial was an active comparator trial.3-8 associated with markedly increased morbidity and mortality. The majority of people in the UK with The primary outcome in all the trials was the change February 2013
Page 1 of 2

in HbA1c from baseline to the end of the study. mg for dapagliflozin-treated patients or 20 mg for Secondary outcomes included the proportion of patients achieving a therapeutic response (HbA1c < 53 Results of the trial showed that the combination of mmol/mol [7%]) and the change from baseline in metformin plus dapagliflozin was non-inferior to fasting plasma glucose levels (FPG) and bodyweight. metformin plus glipizide. There was also no significant In the dapagliflozin as monotherapy trial,3
difference in the proportion of patients that showed a dapagliflozin at doses of 5 mg and 10 mg daily response to treatment (HbA1c < 53 mmol/mol [7%]). lowered HbA1c levels significantly more than placebo Significantly more metformin plus glipizide-treated after 24 weeks’ treatment (placebo-subtracted patients had at least one hypoglycaemic episode decreases of 5.9 and 7.3 mmol/mol [0.54% and compared with metformin plus dapagliflozin-treated 0.66%] respectively from baseline, p < 0.001).3 FPG patients (40.8% vs. 3.5%, p < 0.0001). levels were also significantly lowered in the Adverse events
dapagliflozin 5 mg and 10 mg groups compared with placebo (p < 0.001). There was no significant In the trials reviewed, the most commonly reported difference between the dapagliflozin 2.5 mg dose events leading to discontinuation in patients treated group and placebo for those outcomes. Mean with dapagliflozin 10 mg were increased blood bodyweight decreased in all patients during the trial creatinine (0.4%), urinary tract infections (0.3%), with no significant difference between dapagliflozin nausea (0.2%), dizziness (0.2%), and rash (0.2%). Considerations for cost impact
As dual or triple therapy, dapagliflozin 5 mg or 10
mg daily was evaluated in combination with metformin According to QOF 2011/12 data,10 the estimated extended-release (XR) formulation in 2 trials (1,236 number of patients with diabetes mellitus in the West treatment-naïve patients, duration 24 weeks)5; and at Midlands is 298,514. About 90% of these will have doses of 2.5 mg to 10 mg in combination with type 2 diabetes,11 equating to a total of 268,663 standard metformin in a further trial involving 534 patients over 24 weeks.4 Dapagliflozin was also At current prices, a year’s treatment with evaluated: as dual therapy with pioglitazone or glimepiride,6,7 compared with pioglitazone or References
glimepiride plus placebo; and as dual or triple therapy 1. Stumvoll MGBJ, van Haeften TW. Type 2 diabetes: principles with insulin ± oral antidiabetic drugs (OADs) of pathogenesis and therapy. Lancet 2005;365:1333-1346.
compared with placebo plus insulin ± oral antidiabetic 2. Nathan DM. Initial management of glycemia in type 2 diabetes mellitus. N Engl J Med 2002;347:1342-1349.
et al. Dapagliflozin monotherapy in type 2 diabetic In all six trials after 24 weeks’ treatment (or 52 patients with inadequate glycemic control by diet and exercise: weeks in one trial8), the combination treatment a randomized, double-blind, placebo-controlled, phase 3 trial. Diabetes Care 2010;33:2217-2224.
et al. Effect of dapagliflozin in patients with type 2 baseline than placebo plus individual components. diabetes who have inadequate glycaemic control with Placebo-subtracted mean decreases in HbA1c for the metformin: a randomised, double-blind, placebo-controlled trial. groups receiving dual or triple therapy were in the Lancet 2010;375:2223-2233.
range 4.4 to 9.5 mmol/mol [0.4 to 0.86%] in these et al. Dapagliflozin, metformin XR, or both: initial pharmacotherapy for type 2 diabetes, a randomised controlled trial. Int J Clin Pract 2012;66:446-456.
 Across the trials, results were similar for fasting et al. Effect of dapagliflozin in patients with type 2 plasma glucose decreases compared with placebo. diabetes who have inadequate glycaemic control with  Bodyweight decreases were in the range 2 to 3 kg glimepiride: a randomized, 24-week, double-blind, placebo-
controlled trial. Diabetes Obes Metab 2011;13:928-938.
for dapagliflozin plus metformin-treated patients and et al. Effects of dapagliflozin, an SGLT2 inhibitor, 0.9 to 2 kg for dapagliflozin plus glimepiride-treated on HbA(1c), body weight, and hypoglycemia risk in patients with patients, or dapagliflozin plus insulin. In combination type 2 diabetes inadequately controlled on pioglitazone with pioglitazone, only patients in the dapagliflozin monotherapy. Diabetes Care 2012;35:1473-1478.
et al. Long-term efficacy of dapagliflozin in patients 10 mg-treated group showed a mean decrease in with type 2 diabetes mellitus receiving high doses of insulin: a bodyweight of 0.14 kg. Patients treated with randomized trial. Ann Intern Med 2012;156:405-415.
dapagliflozin 5 mg or placebo plus pioglitazone et al. Dapagliflozin versus glipizide as add-on showed a mean weight gain over the trial of 0.09 to therapy in patients with type 2 diabetes who have inadequate glycemic control with metformin: a randomized, 52-week, double-blind, active-controlled noninferiority trial. Diabetes Care
2011;34:2015-2022.
In the only active comparator trial,9 a combination of
10. Quality and Outcomes Framework - 2011-12. NHS Information dapagliflozin plus metformin was compared with Centre. 2012. http://www.ic.nhs.uk/catalogue/PUB08135 glipizide plus metformin in 801 patients over 52 11. Diabetes in the UK 2010: Key statistics on diabetes. Diabetes weeks. In that trial, doses were titrated to target FPG UK. 2010. http://www.diabetes.org.uk/ Documents/Reports/Diabetes_in_the_UK_2010.pdf levels over the initial 18 weeks to a maximum of 10 Manufacturer: Bristol Myers Squibb-AstraZeneca EEIG Ltd WARNING: This sheet should be read in conjunction with the Summary of Product Characteristics This guidance is based upon the published information available in English at the time the drug was considered. It remains open to review in the event of significant new evidence emerging. NICE GUIDANCE ON DAPAGLIFLOZIN WAS NOT AVAILABLE AT TIME OF PUBLICATION OF THIS GUIDANCE School of Pharmacy, Keele University, Keele, Staffordshire ST5 5BG Tel: 01782 734131 Email: [email protected] Web: www.mtrac.co.uk Midlands Therapeutics Review & Advisory Committee Date: February 2013

What you should know about anesthesia – it could save your life

WHAT YOU SHOULD KNOW ABOUT ANESTHESIA – IT COULD SAVE YOUR LIFE Nancy Gould and Regis (Gigi) Park INTRODUCTION Surgery is a stressful experience. For a patient with mast cell disease, that stress is compounded by the possibility of complications including anaphylaxis, cardiovascular collapse, increased bleeding and even death. Therefore, general anesthesia is considered a hi