PIETRO SALVAGGIO
Born in Turin, he starts studying piano with Prof.ss Walli Peroni, and then in Bologna with Maestro Alfredo Speranza, where he finishes his studies getting full marks. He gets his diploma in composition after having studied with Prof.ssa Matilde Capuis, and studies conducting with M° C. Damevino. He attends many national and international piano competitions always positioning himself amongst the first classified. Then ,at the age of fifteen, he manages to get the second prise at the “ Franz Liszt” competition in Livorno. He works as master collaborator for the ballet school’s specializing course in Turin, with Maestro Botoluzzi and at the Royal Accademy of London. At the Scala of Milan he works with the greatest dancers like Carla Fracci, Oriella Dorella, Alvin Alley, Rudolf Nurejev, Vladimir Malakhoov, Josè Manuel Carrenò. He takes part in the preparation of the ballet “Zorba il Greco” danced by Vladimir Vassiliev, under the direction of the auther Mikis Theodorakis and the coreografer Lorca Massine, at the Arena of Verona. He has written many pieces chamber pieces , both for voices and piano, consacrated music and compositions for small orchestras, prefering a tonal and melodic type of scripture. His musical eclecticism incites him to work in the jazz ambit, in Turin as pianist, and in Verona as arranger of big-band; on request of the Arena of Verona, he composes some pieces for big sinfonic orchestras,chorus and integration of a rock music group. In Verona he works permanently as pianist with the Arena foundation. He performed as a soloist at the Theatre Filarmonic, playing some pieces of F.Chopin and F. Liszt for a ballet with Roberto Bolle. He plays the concert n.2 of Sergej Rachamaninof accompanied by the orchestra of the Arena of Verona. He followed a specializing course in “ il pianoforte romantico” in Germany, with the music master Wolfgang Ellemberger and he performed at the theatre of Bayreuth as a pianist. He has done various recordings on CD as conducter, pianist and composer. On request of the Foundation Arena he wrote and conducted a version of the ‘operetta’ Vedova Allegra (The merry widow) of Franz Lehar for a ballet performed at the Roman Theatre, at the theatre Filarmonic and in 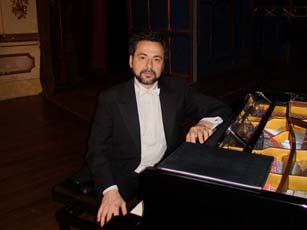 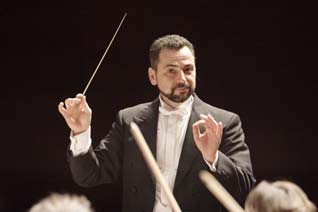 He played for Unesco on the occasion of the nine new nation’s entry into Europe. Since a few years, he conducts oschestras on opera repertoire, operetta and lirical concerts. He collaborated with world famous soloists, such as C. Gasdia, G. Giacomini, B. Baglioni, M. Malagnini, F. Carroli, V. Bello, G. Cecchele, M. Dragoni, L. Pavarotti. In 2007, for the summer season of the Roman Theatre, he composed the music for the ballet “Sogno Veneto”. He composed a musical drama for a small chamber orchestra, narrator and solist voice, on the original text called “Il calice frantumato” (The shattered glass) written by Raffaele Colluccino. In January 2009, he concucted the opera “La Boheme” for the lyrical season of the Derby Theatre of Milan. In May of the same year he played some pieces of F. Poulanc S.Rachmaninof for some scenes of a ballet.

Platelet Rich Plasma (PRP) injections are indicated for the treatment of difficult, chronic Tendinitis around the hand, wrist, and upper arm, including Tennis Elbow (Lateral Epicondylitis) and Golfer’s Elbow (Medial Epicondylitis). These types of tissue have limited blood supplies so they heal slowly. In these instances, steroid injections are marginally effective or contra-indicated. W