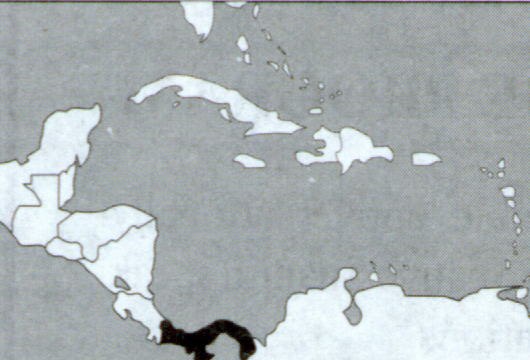 On 3 Oct, public health officials in Panama called in experts from the Pan American Health Organiza-
tion (Washington, DC) and the Center for Disease Control (CDC in Atlanta, Georgia) to investigate a
mysterious illness that already had killed more than a dozen elderly patients after they experienced
fever, nausea, headache, diarrhea, kidney failure, partial paralysis and other neurological problems
between June and Sep.
Most of the 27 patients diagnosed with similar symptoms were over 60 years of age and suffered from
kidney dysfunction, diabetes or hypertension; 90% were men and 10% were women. Seventeen did not
survive their illness.
Minister of Health Camilo Alleyne informed the public that a team of Panamanian health experts had
already ruled out a variety of causes for the unknown illness: dengue, influenza, bird flu, equine
encephalitis, enterovirus, E. Coli, Campylobacter and arsenic.
However, some of the patients had taken Lisinopril, manufactured by a Spanish firm in Panama, which
is used to treat high blood pressure. As a precautionary measure, the Ministry of Health, of 6 Oct,
banned the distribution and use of this popular medicine, used by an estimated 7,000 Panamanians,
while further investigation and laboratory tests were being performed. However, by 9 Oct, Lisinopril
had been ruled out as the primary cause of the illness, after it was discovered that of the 30 reported
cases only nine had used Lisinopril, of which five had died. By then, 19 victims of the illness were
dead.
On 12 Oct, the Ministry of Health reported that the CDC had discovered the real cause of this
mysterious illness, which by then had taken the lives of 21 people: all the patients had used the same
batch of a popular unsweetened cough syrup that had been contaminated with dietiline glycol (used in
commercial anti-freeze), which had been produced by a local laboratory of the Social Security Fund
(CSS). All the remaining bottles of the contaminated substance were removed from circulation by the
public health authorities.
René Luciani, director of the CSS, assured the public that dietiline glycol was not purchased by or used
in CSS laboratories, and he suggested that “criminal hands” were responsible for this public health
problem. Meanwhile, the laboratory that produced the contaminated cough syrup was closed and placed
under police guard while the investigation continued.
Canal Modernization Project with Ample Public Support

Several recent public opinion polls showed that the “yes” vote to approve the government- sponsored
Panama Canal modernization project in a late Oct referendum has the support of between 72-77% of the
expected voters, while the “no” vote is supported by only 21% of the voters. About 7% of those polled
were still undecided. These percentages are not expected to change very much in the weeks leading up
to voting day, on 22 Oct.
The canal expansion project, known as the Torrijos-Alemán Zubieta Plan, which consists of building a
third-set of locks capable of handling the world’s largest ships during the rest of the 21st century, is
strongly supported also by private business interests and by the majority of the country’s political parties
(Vol. 21, No. 8).
If approved by voters, the quasi-independent Panama Canal Authority, which operates the canal and
would manage the expansion, will have a green-light to go ahead with the modernization of the 51-mile
transoceanic waterway (originally designed and built by the US government between 1904-1914), at an
estimated cost of $5.25 billion, with an expected date of completion in ’14 in time for the Panama
Canal’s centenary celebration.
However, critics of the expansion plan cite a growing list of problems as obstacles to the project, and
some are actively working to support a “no” vote on the referendum:
• The incredible cost of the project, which is expected to be much more than the stated amount and which would be a financial burden to Panama’s already struggling economy; • The ingrained public distrust of the government and the popular belief (reportedly, by three- quarters of the nation’s population) that the ruling party is corrupt, as was the military regime of Gen. Omar Torrijos (’68-‘81), the father of current President Martín Torrijos; and that the management of the project’s finances will lack transparency; • A flawed and politically manipulated environmental impact study; • Displacement of thousands of poor farmers currently living on land that would be submerged by rising lake waters needed for the canal’s expanded operation; and • The suspicion and fear expressed by some Panamanians (especially environmentalists) that the Torrijos administration is not telling the whole truth about the canal expansion project, such as the problem of salt water intrusion into the fresh water lakes, which also are used to provide drinking water for principal cities surrounding the canal zone, or the amount of fresh water needed to operate the new locks and to “flush” them to reduce salt concentration, etc. The Torrijos administration, in response to fears about the project’s financial management, has promised transparency in the bidding process, with contracts of $10,000 or more subject to a public bid. Government officials have clarified that the $5.2 billion figure includes a possible $1 billion cost overrun, plus 10% for annual inflation. Torrijos has assured Panamanians that the nation’s finances are not at risk by approving the canal expansion project, because the canal’s customers will pay the bill for modernization with their tolls, which are expected to generate about $1.4 billion in revenue this year, or
about 15% more than last year.
The government, confident of achieving victory in the referendum, is going ahead with plans to create a
$50 million network of 35 technical schools to train skilled workers needed for the expansion plan.
Although experts calculate that the canal construction would not employ more than about 7,000 workers,
the Torrijos administration is forecasting an enormous “multiplier effect” of indirect jobs from the
construction project and from expanded canal operations.
Former Vice-President Ricardo Arias Calderón said in an interview, “It would be historical suicide to
not widen the canal.”
“The expansion is not for our benefit but for that of our children and our children’s children,” stated a
Panama City taxi driver, who said that he expects business to improve as a result of the canal’s
modernization.
Panama Mentioned in ’06 US Human Trafficking Report

According to the ’06 “Victims of Trafficking and Violence Protection Act of 2000: Trafficking in
Persons Report,” prepared by the Office of the US Secretary of State, “Panama is a source, transit and
destination country for women and children trafficked for the purpose of sexual and labor exploitation.”
This report states that women and children are trafficked primarily within Panama for sexual exploita-
tion, and that there are credible accounts of women and children trafficked from Colombia and the
Dominican Republic to and from Panama for sexual exploitation. Panamanian women have been
trafficked from Panama to Jamaica, Guatemala and Mexico; child domestic laborers who may be
trafficking victims have been transported from the western provinces to Panama City.
However, the US State Department reported that, although the government of Panama does not fully
comply with the minimum standards for the elimination of human trafficking, it is making significant
efforts to do so. During ’05, the Panamanian government intensified public awareness campaigns and
stepped up efforts to work with NGOs to improve services for victims of human trafficking. Also, it
made some progress in its efforts to investigate and prosecute human trafficking crimes, although there
were no convictions during the reporting period.

THIS INFORMATION IS FOR OUR PATIENTS ONLY The Center for reproduction & Women's Health Care Robert B. McWilliams, M.D. Osteopenia Osteopenia is defined as a bone density that is somewhat low. The World Health Organization formed a committee in 1994 to define osteoporosis. That committee created four diagnostic categories: Normal, Osteopenia, Osteoporosis, and Established osteo