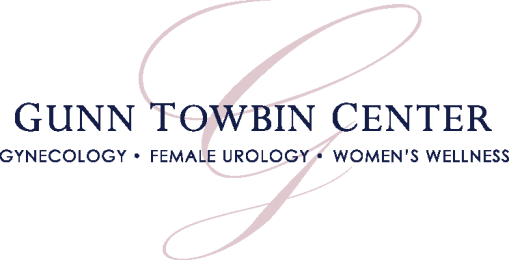 Depression
Depression is a common illness that can affect anyone. About one in twenty Americans (more than 11 million people) suffers from depression every year, and it occurs twice as often in women as in men. Depression is a medical disorder that can be treated. What is Depression?
Depression is a medical disorder, like heart disease and thyroid disease. It is more than feeling sad for a
short time or feeling grief after a loss. These feelings are difficult to cope with, but they usually get
better with time. Depression disrupts your daily life, and affects your thoughts, feelings, behavior and
physical health. It is not a weakness or a fault and it is not something you can ‘just get over’. Depression
has been associated with many causes:
 Chemical imbalances in the brain  Family history of depression  Other illnesses  Use of drugs or alcohol  Extreme stress or grief  Depression caused by a specific situation, sometimes triggers true depression Symptoms of Depression
The period of time when you experience symptoms of depression is called an episode. An episode lasts at
least two weeks with several symptoms occurring every day.
 Lack of interest in things that you normally enjoy  Feeling sad, blue, or “down in the dumps”  Feeling sluggish or restless, and not able to sleep  Feeling worthless or guilty  Experience a change in appetite with either weight gain or weight loss  Thoughts of death or suicide, or attempt to commit suicide  Problems concentrating, thinking, remembering or making decisions  Sleeping too much or not able to fall asleep, or stay asleep through the night  Lack of energy and feeling tired all of the time Depression may vary in severity from mild to severe. If you have mild depression, you will only have a few symptoms. It takes an extra effort to do the things you have to do, but you can usually accomplish those tasks. Moderate depression means you have many symptoms and you may not be able to do things you need to do. If you have severe depression, you have nearly all the symptoms of depression. This type of depression almost always keeps you from performing your daily tasks. Diagnosing Depression
A doctor diagnoses depression after assessing both your physical and mental condition. In looking for
the cause of your depression, the provider will ask questions about other medical problems, use of certain
medications, and the use of drugs or alcohol. Blood chemistries, including a thyroid work-up should be
current, and if not, will be ordered. If your doctor determines that a medical problem may be causing
your depression, treating that problem may correct your depression.
Treatment of Depression
Treatment may include antidepressant medication, psychotherapy or both. Antidepressant medications
are helpful and are used to treat mild, moderate and severe depression. Antidepressants relieve symptoms
in more than half of the people who take them. They work by changing the balance of chemicals in the
brain. Most people who take them start to feel better after a few weeks. There are several types of
antidepressant medication. All antidepressant medications can have some side effects. About half the
people who take them will experience some side effects early in their treatments, usually within the first
2 weeks. Side effects usually subside after 2 to 4 weeks.
 Dry mouth  Nausea  Dizziness  Constipation  Skin rash  Feeling sleepy or having trouble sleeping  Gaining or losing weight  Feeling restless  Decreased sex drive (libido)  Trouble urinating  Heart problem  Seizures  Fainting
Finding the Right Antidepressant Medications
When an anti-depressant medication is recommended to relieve the symptoms of depression, your doctor
will prescribe one from the following categories:
A. SSRI’s (Selective Seratonin Reuptake Inhibitors)
First introduced in the 1980’s, the overall side effects of SSRI drugs tend to be less severe than the older antidepressants known as tricyclic (TCA) antidepressants and monoammie oxidase inhibitors (MAOI’s). SSRI’s help restore the brain’s chemical balance by increasing the available supply of the chemical messenger called seratonin (a neurotransmitter). SSRI’s appear to relieve depression by increasing seratonin levels without affecting the other chemicals in the brain and have less side effects than those of the MAOI’s and TCA’s. Available SSRI’s include: Celexa, Lexapro, Paxil and Paxil CR, Prozac and Zoloft.