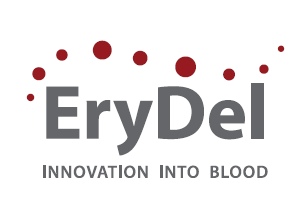 EryDel announces US IND approval for EryDex Urbino, Italy – April 29 - EryDel SpA (www.erydel.com), a Drug Delivery Company specialized in the development of drugs and diagnostics delivered through red blood cells (RBCs), announced today that it has received approval to start its first study in the US. The Investigational New Drug (IND) Application for EryDex (Dexamethasone Sodium Phosphate delivered through autologous erythrocytes) was filed on March 24, 2013. EryDex is an innovative treatment for Ataxia Telangiectasia (AT), a rare autosomal recessive neurological disorder with high mortality. No treatment has been approved for the treatment of the neurological symptoms of AT. The IND was filed after a pre-IND meeting with FDA representatives from the Division of Neurological Products and the Center for Biologics, who provided valuable input concerning requirements for the program. FDA previously granted EryDex Orphan Status for the treatment of AT. EryDel reported earlier (2012) that treatment with EryDex met the primary endpoint of improvement in neurological symptoms in a 6-month prospective study in patients with AT. Luca Benatti, EryDel’s Chief Executive Officer, said, “This approval is extremely important, as it is the first IND approval for a treatment based on autologous erythrocyte delivery, and allows EryDel to proceed with the conduct of enabling studies prior to initiating its randomized, potentially pivotal, placebo controlled multi-national study to demonstrate the efficacy and safety of EryDex in patients with AT. Giovanni Mambrini, EryDel's Director of Medical Devices, said, “We are excited about the potential of EryDex. The IND approval by the FDA is an important validation for our delivery system’s medical device technology, which is an expandable platform to automate the encapsulation of a wide variety of active ingredients into human RBCs”. About Ataxia Telangiectasia
Ataxia Telangiectasia (AT), is a rare autosomal recessive disorder with onset in the first years of life. AT is characterized by progressive cerebellar ataxia and oculomotor apraxia, oculocutaneous telangiectasias (90% of patients), recurrent sinopulmonary infections (70%), predisposition to cancer, increased alpha-fetoprotein levels (95%), and reduced or absent IgA levels (70%) and ATM protein (98%) (data from the Italian Registry for AT). The causative defective gene, ATM, cloned in 1995, encodes a PIK3 protein shown to play a pivotal role in the response to DNA damage and in the cell cycle control. As a consequence of the DNA repair deficiency, infections are the most common cause of death, and cancer the second most common. Most patients with AT die in the second decade

of life, although some individuals survive longer. Neurological degeneration is the major contributor to the severe outcome of the disease. No established therapy is currently available; treatments are symptomatic and supportive only. About EryDel
EryDel SpA is a Drug Delivery Company specialized in the development of drugs and diagnostics delivered through red blood cells (RBCs) by using a proprietary medical device technology. The most advanced product, EryDex (Dexamethasone Sodium Phosphate delivered through autologous RBCs), has potential for the treatment of a variety of indications. Clinical pilot studies have already been conducted in Europe in patients with chronic obstructive pulmonary disease, cystic fibrosis, ulcerative colitis and Crohn’s disease. Recently EryDel reported that treatment with EryDex met the primary endpoint of improvement in neurological symptoms in a 6-month prospective study in patients with AT, a rare autosomal recessive disorder for which no established therapy is currently available. Results for the Primary efficacy measure (change in total ICARS score) indicated a statistically significant reduction in the total score. Similarly, significant benefit was seen on secondary efficacy end-points. Overall, treatment with EryDex was well tolerated by the patients. EryDel is backed by Focus Gestioni SGR and Innogest SGR, two major Italian Venture Capital funds. For Further information, contact