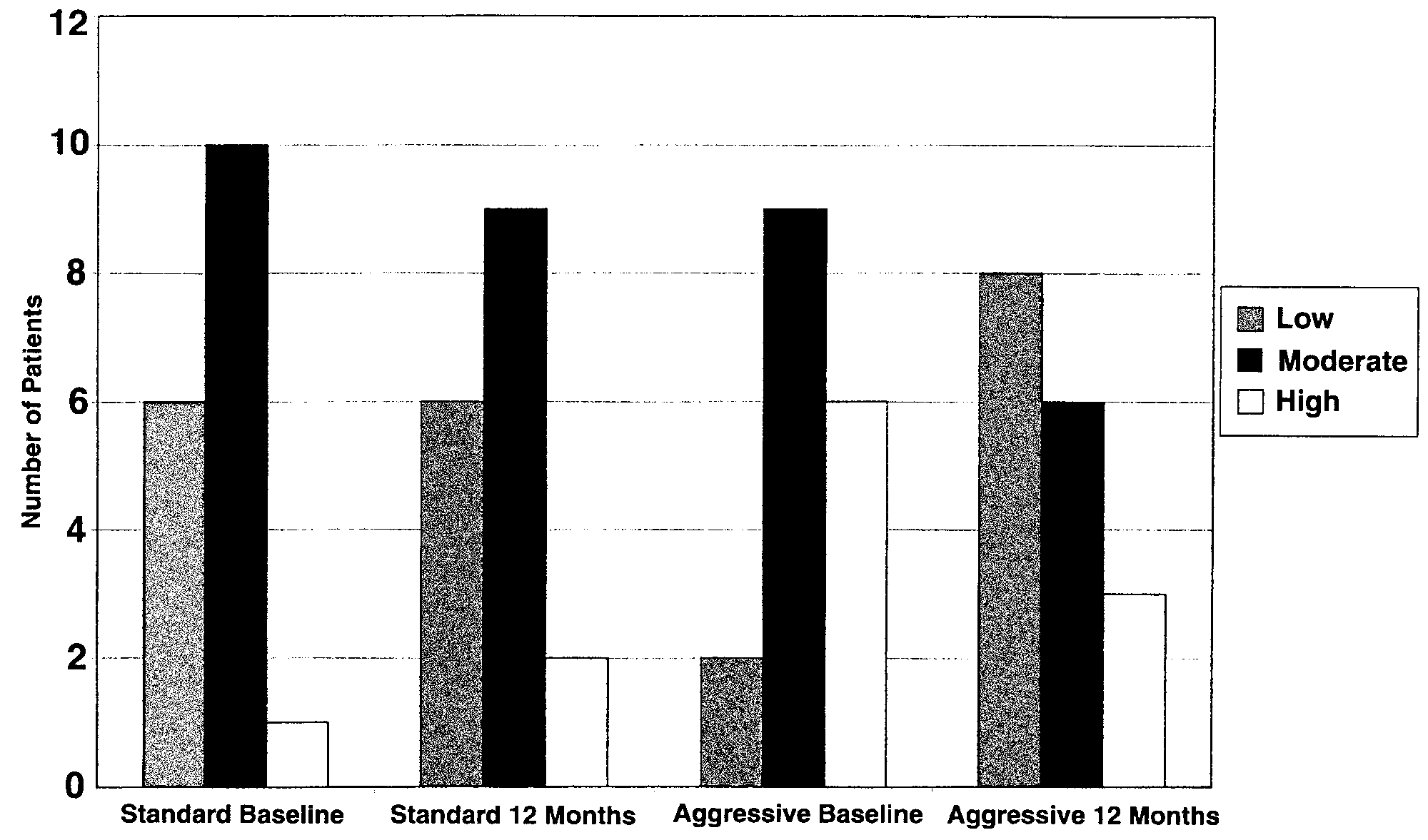 1072 Shapiro et al
FIG 1. Changes in dust mite concentration levels by group (low, <2 µg/g; moderate, 2 to 10 µg/g; and high, ≥10
µg/g). The number of patients with household dust mite concentrations in the low, moderate, and high rangeare depicted at the baseline and 12-month collection periods. The change to a lower concentration range wassignificant for the aggressive compared with the standard intervention groups (P < .03).
TABLE IV. Cat/dog antigen levels
Moderate
Standard
Aggressive
Standard
Aggressive
Standard
Aggressive
All values are from the first home visit.
SPT, Skin prick test.
elimination could have a positive effect on asthma in dust courses; aggressive intervention group, 5 courses), this mite–sensitive children from homes of lower-income did not reach statistical significance.
families. The change in the primary outcome variable, The concentrations of cat and dog antigens in these doubling of PD20, confirmed this premise. Along with homes were impressive. The number of homes with this change, a decrease in dust mite antigen in home sam- moderate and high levels of pet antigen and no resident pet is in keeping with the findings of others.13 Cleaning It is disappointing that home symptom diaries and practices directed at dust mite mitigation did not signifi- peak flows were not available. Had we built in more cantly decrease these levels. Some of our subjects had patient visits or phone contacts, we might have been positive skin test responses to cat antigen and had sub- more successful with this. However, other studies on stantial concentrations of antigen in the home, a situation asthma among low-income patients have had similar dif- that could have obscured more dramatic benefits of dust ficulties in obtaining peak flow or symptom diaries.12 mite environmental control. We cannot prove, however, Parental reporting of overall asthma severity and quality that cat antigen decreased the benefit of dust mite inter- of life at 6-month visits failed to show intergroup differ- ences. Although there were differences in the number of The literature to support dust mite intervention for prednisone courses (standard intervention group, 11 asthma control is extensive.14-20 Nonintervention studies 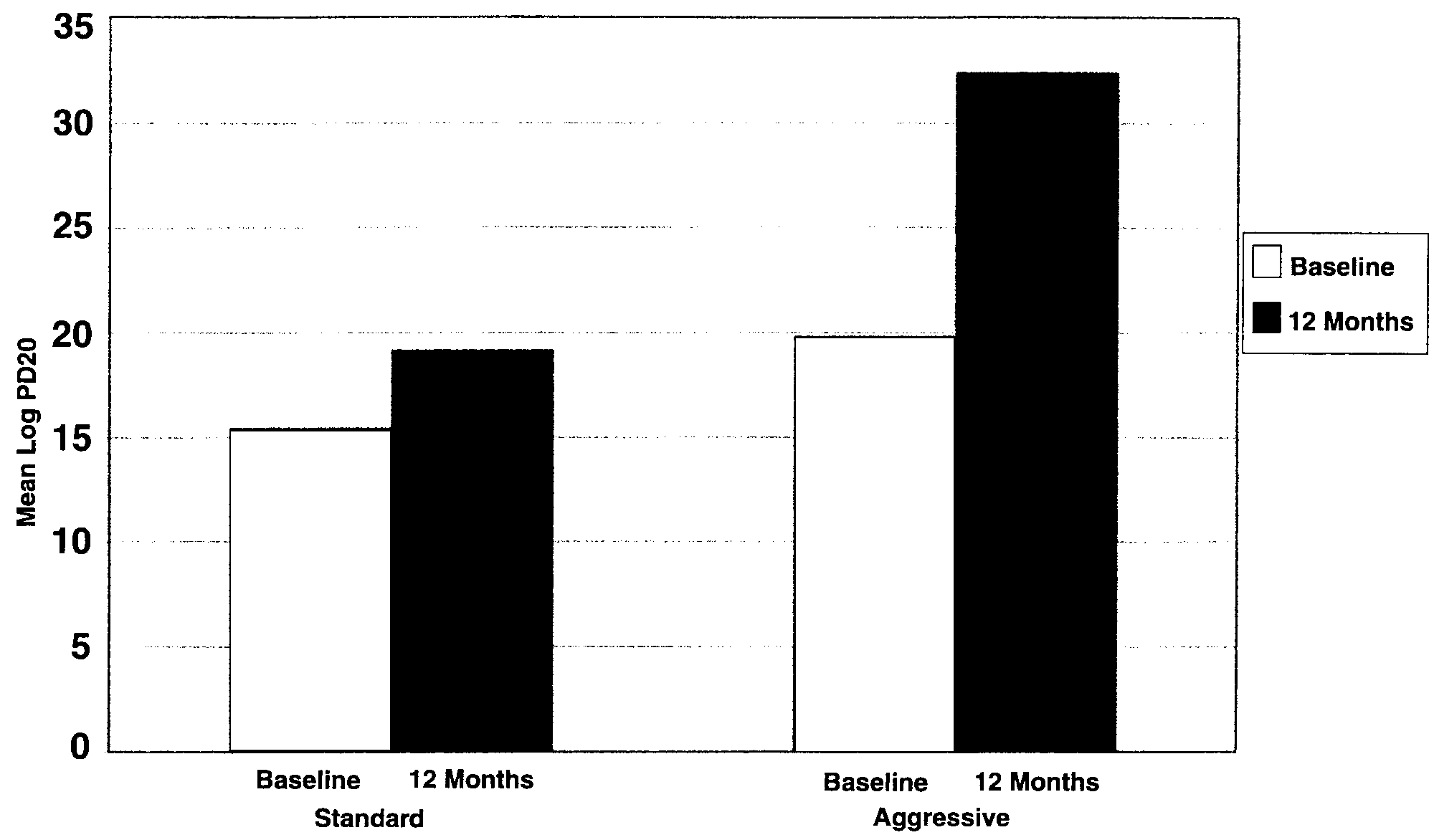