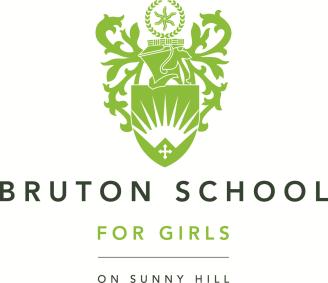 At Bruton School for Girls we abhor the misuse of substances, and their illegal supply.
The School is committed to the Health and Safety of its pupils, and will take action to safeguard their well-being. This will take the form of education, detection and deterrence, thereby aiming to reduce substance taking and misuse. We educate within the PSHEE programme and elsewhere within the curriculum. This will concentrate on the positive act of learning, rather than the negative act of using. In the event of allegations of substance misuse, procedures are in place for a full and fair investigation. Each case will be looked at on an individual basis. We aim to guide and educate, but suspension or exclusion could be implemented in serious cases.

Alcohol
Alcohol may not be brought onto the School premises, or taken on School journeys.
Sixth Form girls may consume alcohol, under staff supervision, on specified social occasions. Current licensing laws apply to all School sponsored events.
Prescribed/over the counter medicines
Girls are instructed to hand these into the Medical Centre or Prep School Office. They should visit the Medical Centre when they take their medication. In some circumstances, after discussion with the Sisters, special arrangements may be made. These will take into account the nature of the medicine, the age of the girl and the need for compliance. Al care should be taken so that no such medication be given to anyone other than the person for whom it was prescribed. Sister operates a system whereby medication is stored in the boarding house and issued to boarders by her or the Senior Housemistress. All issues are recorded. Abuse of Substances SB/Updated August 2012
Solvents
If these are needed in lessons for practical purposes, they are provided by the School and supervision and instructions on their safe use are given by staff. No other solvents are allowed in School.
High caffeine based products and stimulants
Neither caffeine tablets nor drinks are allowed in school. Some of these products have
the brand names Proplus, Red Bull and Relentless. All are strong stimulants and may have adverse effects on behaviour as well as health and so are not appropriate in school. The School operates a NO SMOKING policy during the working day. Smoking is not permitted on the main School site. Tobacco and smoking materials may not be brought into School. Girls who do so must expect to find themselves subject to disciplinary action. The emphasis is on education rather than punishment. First and minor offences involving smoking, solvents and alcohol will result in a reprimand. More serious sanctions will be involved depending on the seriousness of the offence and if it is repeated. These will include community service tasks, detention, discussion on the medical issues with Sister and record cards. Suspension or exclusion may be implemented by the Headmistress in the most serious or extreme cases.
Illicit Drugs
Illicit drugs may not be brought onto the School premises. Should such drugs be found
and removed from a person or persons, they must be destroyed or taken to the police as soon as possible. Although there is no statutory requirement to report drug incidents to the police, parents will be informed as soon as possible. Any girl selling or distributing drugs or otherwise actively encouraging their possession or consumption by others must expect to be considered for exclusion by the Headmistress.
Testing
If a young person is suspected of being under the influence of drink or drugs, they may be required by the Headmistress to undertake a test. Refusal to take the test will be treated as an admission of guilt, resulting in the possibility of the girl’s exclusion. The initial test will be done using saliva swabs. If the test proves negative, the cost will be borne by the School; when positive the cost will be borne by the pupil’s parents. This is designed to be constructive and is there to support the pupils. If the only firm evidence that a pupil has been involved with illegal drugs is a positive test, she may be allowed to remain in School, provided that she gives a written assurance to the School and her parents that she will not become involved in illegal drugs again and she agrees to undergo further tests during her school career, as deemed necessary by the School. If testing is required, the girl should be escorted to the Medical Centre where the Deputy Head will carry out the appropriate test. As testing is not a ‘medical’ procedure, consent is not required but, where possible, the girl’s parents will be notified before any test is conducted. If families wish to challenge the outcome, a urine test can be arranged at a local clinic, at the parents’ expense. Abuse of Substances SB/Updated August 2012 Again, the emphasis is on education rather than sanctions, but will begin with interviews with the Headmistress and discussions on the medical issues with Sister. The testing regime is intended to encourage students to ‘stay clean’ and support them in this determination. The ultimate sanction of exclusion will be held as a deterrent for students who do not stay clear of illegal drugs.
Communication with Parents

The School recognises that an effective partnership between itself and parents is essential
to the successful implementation of this policy. Whilst the School acknowledges that the number of young people who use and misuse substances is rising, it is seen as important to recognise that a larger number choose not to. The School welcomes discussion and co-operation with parents where a pupil needs help, and has a supply of information for parents. Parents are invited to attend Drugs Education presentations in school.

This policy will be reviewed annually in June each year by the Deputy Head in
consultation with the School Medical Officer. Abuse of Substances SB/Updated August 2012