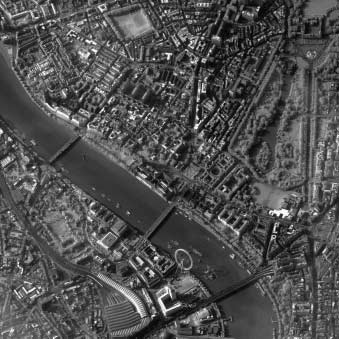 Giancarlo Simeone’s project in particular), activities in forests, etc. (see Ikonos panchromatic1 meter resolution demo image of a section of London below: one can use the « zoom » in thetool bar to view details) Demo I mag e of a S ecti on of L ondon
Changbai Mountain Forest Ecosystem Research Station
In 1979, the Institute of Forestry and Soil Sciences (presently the Institute of AppliedEcology, CAS, Shenyang) was entrusted by the Chinese Academy of Sciences to establish theresearch station for long-term forest ecological research. The Research Station joined theMAB program in the same year and was selected as an "Opened Research Station" by theCAS in 1989. Since 1993, it is instrumental in the International Long-Term EcologicalResearch Network (LTER).
The Research Station is located on a level of 736 m on the northern slope of ChangbaiMountain within the National Reserve and Erdaobaihe Town, Antu County, Jilin Province.
The geographical co-ordinates are 128°28´ E and 42°2´ N.
Research facilities are:• The Station provides laboratories on an area of 700 m² for various analyses.
• The forest hydrological simulation laboratory supports investigations with several • Besides the climate station on a 62.5 m high tower at the Research Station, computerized meteorological stations located in different vegetation zones allow meteorologicalmonitoring.
• Accomodation for guest researchers is offered.
Changbaishan Biosphere Reserve
The Changbai Shan Biosphere Reserve stretches along the boundary between China andKorea between 41°41´49" - 42°24´18" N and 128°16´48" E. It covers an area about 200,000hm². The elevation in that region of volcanic origin ranges from 500 m to the Baiyun peakwith 2,691 m. In the crater of Baiyunfeng the Tianchi (Sky Lake) with an area of 9.4 km² islocated on an elevation of about 2,190 m. The Sky Lake is the main tourist attraction inChangbai Shan Biosphere Reserve. Three access routes go to Sky Lake. The route on the westslope opened in 1995 and the southern route isn´t opened for public up to present (dated in1998). The most frequented route since its opening for tourists in 1985 is the one on thenorthern slope; here the main attractions such as Sky Lake, the route to the Sky Lake, smallSky Lake, hot springs and Changbai waterfall are well developed and managed for touristicobjects.
In 1996 about 226,600 tourists visited Changbai Shan Biosphere Reserve. Because of theclimate (snow cover from October until May) high season is in the summer.
Following environmental impacts have been documented: • garbage pollution: solid waste at touristic attractions (decreasing) • soil erosion: the surface material of Changbai Shan has a loose structure and is prone to • water contamination: is caused by sewage from restaurants and hot spring bath houses.
Along the main tourism routes and scenic sites 4 hot spring bathhouses, 7 toilets and 31garbage boxes are found, which pollute the environment (Source - Yang Xiu & WU Gang (1998) The strategy for conservation and sustainableutilisation of biodiversity in Changbaishan Biosphere Reserve. Journal of Forestry Research 9(3), 217-222; WANG Xianli et al., (1998) Impacts of tourism and developmental potential ofecotourism in and around the Changbaishan Biosphere Reserve. Journal of Forestry Research9 (3), 211-216) on Changbaishan Biosphere Reserve and Changbai Mountain Forest Ecosystem ResearchStation, click at on vegetation types and vegetation zones in Changbaishan Biosphere Reserve, click at on Heavens Lake, waterfall, hot springs, landscape and impact by tourism, click at on research in Changbaishan Biosphere Reserve by Changbai Mountain Forest EcosystemResearch Station, click SUNDAY, August 27th, 2000
At 9 a.m. trip to the upper border of the Songhua Jiang catchment in the forest reserve area, visit of the Sky-Lake respectively the Heavens Lake.
Comments by Jean-Jacques Fortier
There are many different forest compositions sharply separated according to elevation. Itwould be of interest, using remote sensing temporal images like Landsat (that may beavailable from the research center) and the DEM, to measure, with appropriate software likeSMA’s OVERVIEW, the dynamical evolution of the ecological system (on the short term forstress and other natural or man-made events, and on the long term for compositionmodifications of forest cover types).
Of course, to follow the evolution of this large mountain reserve, past and future temporallayers of a GIS system, would have to be used or extended, if already in use.
This data bank on evolution could be augmented and correlated, in the future, with watercatchment quantity and quality measurements obtained by different actions, like monitoringthe Songhua Jiang at its exit from the reserve.
The Sky Lake itself, above the forested area in the tundra, could be (or has been?) the subjectof study, being at the source of the Songhua Jiang, in order to evaluate its effect on waterquantity and quality.
Of course, many prize winning studies have been performed at the center on related subjects.
They would be indicative of how remote sensing and GIS could be configured. Also, theywould tell which ground truth control points of forestry and other cover classes should beidentified. These would be georeferenced by ground positioning systems (GPS) if identifiedon the terrain, or directly, if identified on an aerial photograph or on the satellite image.
2. Visit of the meteorological observation point, altitude 2,300 m (lowest temperature duringthe last night: 2 degree Celsius) and inspection of the nearby permanent plot No.4 in themountain tundra. The permanent plots are located in different vegetation zones and have asize of 1 ha; investigations are on species and density of vegetation, soil, litter and meteorolo-gical conditions.
Comments by Jean-Jacques Fortier
I have had experience with SMA’s software SURFACES in the analysis of vegetation throughcolor numerical images, taken with numerical cameras held approximately 2 meters aboveground. The advantage of the method is that it is non destructive of the vegetation or the litter,so one can follow its evolution through a season or more. It is also time and money saving.
Classes of vegetation can be measured semi-automatically by the computer, once the sampleof images is acquired, and classes located and identified. Possibly, litter can also be classifiedand measured.
If other measurements, like temperature, soil humidity, depth of litter, are simultaneouslyrecorded with the images, correlations can be established with the vegetation and littercontents. 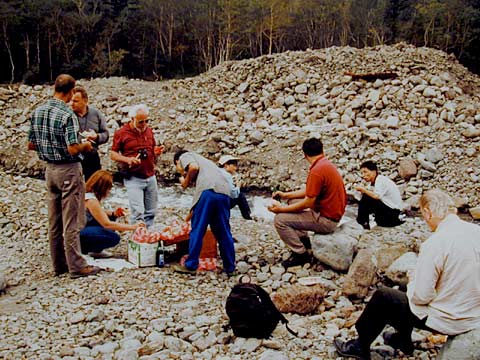 Abstract In this paper, I call for a re-consideration of anarchism and its alternative ways of conceptualising spaces for radical politics. Here I apply a Lacanian analysis of the social imaginary to explore the utopian fantasies and desires that underpin social spaces, discourses and practices – including planning, and revolutionary politics. I will go on to develop – via Castoriadis and