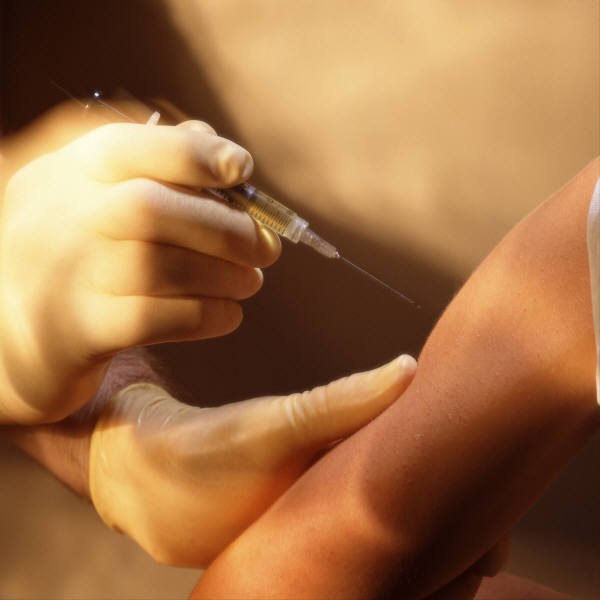 Introduction
In the first part of this article we examined the mechanisms of injury and normal physiological repair in Dense Connective Tissue (DCT). The common misconception of treating what may often be a virtually non- inflammatory condition with anti-inflammatories and further compromising injected with agents such as the chance of a physiological healing cascade developing in a reasonable Basic premise of prolotherapy
The simple basic premise of prolotherapy is that a sustained and closes the vein(27).
physiologically structured healing cascade is required in order to repair damaged DCT. In instances where a healing cascade has not commenced, Glucose is currently the hyperosmolar agent of choice of many prolotherapy seeks to initiate and maintain one. prolotherapy practitioners and research supports its efficacy as a cytokine expressant due to its interference with cellular osmolality (28) (29). A solution
of 20% W/V glucose for injection combined with 1% W/V Lidocaine The term prolotherapy was suggested in 1956 by the American Physician Hydrochloride (formerly Lignocaine) is advocated by many acknowledged Dr George S Hackett, in his book; Ligament and tendon relaxation treated experts including the Australian prolotherapy tutor, Dr Margaret Taylor by prolotherapy(19). There are much earlier references to the use of
(Margaret’s website, Prolotherapy for Doctors, : www.drmtaylor.com.au ‘sclerosing injections’ and ‘sclerotherapy’ to treat a variety of DCT contains much interesting information). In New Zealand the researcher and pathologies, and Rice and Aratson in their 1936 work(20) anecdotally refer
clinician Dr John Lyftogt advocates a stronger glucose component but in to a Dr Jaynes of Louisiana in the early part of the 19th Century introducing contrast Dr Giresh Kanji a pain specialist from NZ advocates simple undisclosed irritants into hernias in order to stimulate healing. normal saline for injection plus an anaesthetic without glucose (Giresh’s website is: www.southerncrosspain.co.nz ). The concept of irritating tissue to stimulate healing by causing inflammation is much older, and can certainly be traced back to the writings It is interesting to speculate whether 1% lidocaine hydrochloride, which
of Hippocrates in the 4th Century BC(21). In this instance the inflammation
also contains 0.7% of sodium chloride in its standard formulation may have was caused by using slim heated irons; Kauterion, which, in the case of lax a prolotherapeutic effect in its own right when used alone. This is perhaps ligaments in the shoulder, were thrust red hot into the tissue in order to an area that requires more research and properly constituted studies. cause scarring. The scarring (as we note in keloid scars today) promoted thickening and contraction of the tissue(22).
Other substances that may be used to good effect are the injectable homeopathic solutions such as Zeel or Traumeel (popular for sports injuries By the early to mid 20th Century, sclerotherapy was being used to treat due to a lack of doping / drug test conflicts) which are manufactured in sprained spinal and other ligaments, hernias and varicose veins(23). The
Europe by Heel GmBh of Baden Baden. Homeopathy is a contentious importance of using a local anaesthetic, as an aid to patient comfort, was subject in medicine with strong opinions being held by both its supporters highlighted by Leriche in 1937, who identified the rich supply of sensory and its detractors. The Author frequently uses homeopathic agents and nerve endings in ligaments and articular tissues(24). Steindler and Luck, in
must report that they do appear to have a significantly beneficial effect with their research into lumbrosacral pain, built on Leriche’s principles and in virtually no possibility of side effects. 1938 advocated infiltration of local anaesthetic into lumbrosacral ligaments in order to abolish pain in both the ligament and the dermatome served by Direct application of growth factors
its adjacent nerve root(25). They also established the principle of using local
An additional way that is currently being explored by many researchers is anaesthetic as a diagnostic tool to precisely identify the area of damaged to directly introduce growth factors or the cells carrying them, by injection into the area of damage. Cytokine research is one of the fastest growing areas of biological study and new information is being gleaned in this area Current methods of Prolotherapy that seek to induce healing:
almost daily. An insight into the vast amount of information already discovered can be assessed by visiting the famous website of Professor Chemical methods:
Horst Ibelgaufts ‘Cytokines and Cells online pathfinder encyclopaedia’ The ‘traditional’ prolotherapy method of Hackett and his followers is to (http://www.copewithcytokines.de/). This monumental source of induce an inflammatory response in the area of damaged tissue by information is now in its 19.4th version and has tens of thousands of entries introducing irritants that will ‘stress’ the cell population and initiate on these fascinating proteins and similar chemical messengers. cytokine expression. It is important to differentiate here between the non tissue destructive stressing or shocking of a cell in prolotherapy and tissue Commercially prepared growth factors are probably outside the remit of destruction and subsequent formation of scar tissue which occurs in this article as costs are somewhat high, e.g. : the cost of frozen PDGF for