As we enter a New Year we hope you all had a good Christmas and have recovered from the New Year celebrations.
Our last edition caused us some problems and only through the persistence of A5 Publishing did we succeed in producing edi- tion three. Because of these difﬁculties the photograph with the caption ‘Who do you recognise?’ might have resulted in the answer being ‘Nobody’, due to the quality of the picture, however, we did receive two replies. This month we have another contribution from Gareth who assures us he has not used any words, this time, which cannot be translated into Welsh! We should also mention the dedicated team who now help with and deliver this news sheet (which is gradually becoming a newspaper)! The time consuming translation into Welsh is carried out by Sue Jones with Tina Lloyd typing. Delivery is by Bronwen Lebbon with assistance from staff and sometimes children from the school. Parc is delivered by Jenny (Fruit and Veg) Jones, the Farms along the A5 by Tina Lloyd, Jenny Jones or Steve Davies do the Morfydd, Eddie Fisher the Fedw. We are very grateful to them all, but if we are to continue without stressing out the few, we need a bit more help from volunteers. For those we do not man-age to deliver to - you can get your copies at the Post Ofﬁce or the Grouse.
Our article on ‘Where is Carrog?’ brought a varied response as you will read below and we are sure that everyone will be grate- ful that our Community Councillor has already raised the issue. This month has also brought two letters from Janet Fox who already has the issue of the speed limit well in hand. Well done Janet. The Editors have also been in contact with Martin Jones our local MP who has also agreed to pursue the matter.
Please keep the contributions coming in - by 20th January for the next issue. Telephone Ian - 430625 or Paul - 430397 or Colin- Where is Carrog?
Carrog Church
Carrog is old Welsh for cenllif - a the gateway to the hunting forest land of sudden rush of water - a torrent. It was Owain Glyndwr.
which ran from the bridge in present day Wellies and Wheelbarrows.
Man and dog working together in tion by the Church in Wales a fault was cluded Carrog Isa, Carrog Ucha, present perfect harmony. A scene replicated discovered. It is serious enough that ex-day Llidiart y Parc, Pen y Bont Farm and throughout Wales. Sadly though not in the pert opinion advised disconnection of the the Wern.
Llan. No matter what I say Jill and Moses electrical supply. This means there is no East of the bridge in present day do exactly as they please.
heating or lighting. It has been possible Last week we struggled with Houdini, to run some services using generators but river Dee, was the medieval township of the incredible escaping lamb. I wanted this is difﬁcult to arrange on a regular ba-Mwstwr.
him in the ﬁeld. He, however, preferred sis. The architect is making every effort to The main village of present day the road and after a particularly strenu- Carrog, on the north side of the road, was ous hour chasing him up and down Ffordd the township of Bodorlas. All of the above Cul, Houdini was ﬁnally caught and put in the shed. I take consolation in the fact that Village Hall
Below the road in Carrog, on the having been outwitted by a lamb, things south side and going north in a thin strip can’t get much worse.
by people of all ages and ‘Self Titled’ ex- Barring Houdini most of this years celled themselves with their acoustic set. to the Bwrdd y Tri Arglwydd was the lambs have now been sold and have made The event raised £100 towards Village township and old Parish of Llansantffraid just enough money to keep me in the pov- Glyndyfrdwy which dates back to before erty to which I’ve grown accustomed.
the twelfth century. It has now been ab- As a rule at this time of year lamb pric- es begin to increase as lamb availability When the railway came along the Dee decreases. In other words just when I’ve valley in 1864 they named their stations got nothing to sell the price goes up. I Glyndyfrdwy and Carrog. Houses were think I’ve got it wrong again!then built and Glyndyfrdwy acquired a church and became a separate Parish, and the emerging villages took the respective names.
belongs more to Llidiart a Parc than to us! 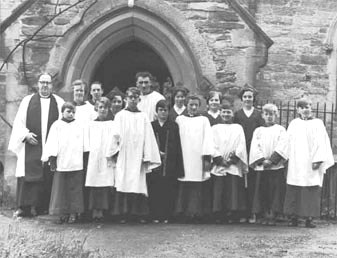 Takeda leads the way on skills Founded in 1781 and headquartered in Osaka, Japan, Takeda Cambridge showed an early interest in working Takeda is a research-based global pharmaceutical with Cogent to develop a training framework for SMEs company. Worldwide, Takeda markets a number of and in the new Higher Apprenticeship in Life Sciences blockbuster drugs discovered through its internal

Any of us who use caffeine as our stimulant of choice, The Fed has been confident in their ability to micro-manage whether we’re trying to jump start our Monday morning or the economy that they have almost gotten to the point navigate the last 60 miles of our trip, know about the law where they think it’s a permanent solution. My concern is of diminishing returns. That first shot of caffe