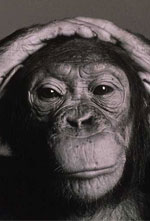 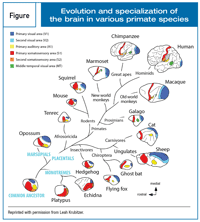 Psychiatric Times. Vol. 29 No. 3 February 28, 2012 from their mothers and observed the effects of partial and total social isolation. Some of the monkeyswere kept in solitary confinement for up to15 years. These studies have been criticized on both ethicaland methodological grounds.15 Diagnosing “depression” in a monkey is at odds with the successful ongoing process of clarifyingpsychiatric diagnoses by using DSM criteria. It is not possible to ascertain feelings of worthlessness andexcessive guilt, indecisiveness, and thoughts of death from observations of monkeys. Harlow’s student Stephen Suomi became more circumspect in 1995, when he carefully referred to the condition inmonkeys as “something equivalent to depression” rather than “depression.” The non-human primate is considered by some researchers to be the mostappropriate model for the study of brain function. Among non-humanprimates, the rhesus macaque is the animal of choice for cognitivestudies. While there may be similarities between the brains of humansand non-human primates, the monkey brain is not a scaled down versionof the human brain. Rather, each primate brain is the unique result of evolutionary biology, molded over millions of years in response to
environmental, social, and genetic influences (Figure). With the human
brain, the effects of cultural evolution are also considered.
There are numerous differences in the anatomy and physiology of theCNS in monkeys and humans, including differences in locations ofspecialized areas in the brain. The visual 1 area accounts for 10% of thetotal cortex in the monkey but only 3% in humans, and anatomically corresponding visual areas inmonkeys and humans can perform very different functions. The human brain’s architecture and physiology is far more complex than that of the monkey brain. One indication of this is the length oftime it takes for the brain to develop in its major phase: 136 days for monkeys and 470 days for humans.
Other significant differences include the number of synapses a human neuron makes (between 7000 and 10,000) compared with the number a rhesus monkey neuron makes (between 2000 and 6000) andthe expression of at least 91 genes involved in a variety of neural mechanisms that differ betweenmonkeys and humans.37,39 According to Kreiman and associates : Even though the hippocampus appears to be one of the most conserved areas of the brain (mostsimilar among mammals), there are still considerable differences. Neurotransmitter receptordistribution varies widely between species. For example, there is an additional small layer ofhigh-density kainate receptors in the deepest part of the hippocampal molecular layer in themonkey, but not in humans. The inhibitory GABA receptors are located with high density in the human CA 1 hippocampal region, but not in the same region in monkeys. These resultsdemonstrate considerable changes of the regional and laminar distribution of important signalingmolecules in an otherwise evolutionary conservative brain region.
The validity of the animal model in regulatory toxicology
From a regulatory perspective, psychiatric drugs are required to undergo animal testing to demonstratesafety and efficacy. Safety relates to toxicity testing, which requires a rodent species (usually a rat) and a non-rodent species (usually a dog) to undergo single-dose (acute), repeated-dose, and long-termexposure to a candidate compound. The acute toxic dose (LD50) is the median lethal dose of acompound required to kill 50% of a group of test animals. Repeated-dose exposures usually require 14- http://www.psychiatrictimes.com/display/article/10168/2039315 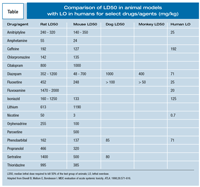 The effect of EDTA, EGTA, EDTAC, and tetracycline-HCl with and without subsequent NaOCl treatment on the microhardness of root canal dentin Taner Cem Sayin, DDS, PhD,a Ahmet Serper, DDS, PhD,b Zafer C. Cehreli, DDS, PhD,c andHarika G. Otlu, BSc,d Ankara, TurkeyHACETTEPE UNIVERSITY Objective. The purpose of this study was to evaluate the effect of single and combined use of ethylenediamin