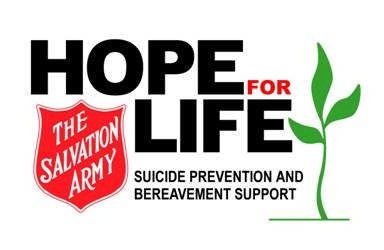 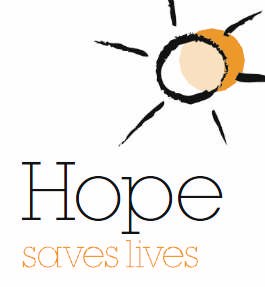 are bereaved through suicide in the hope that through For more information and to obtain a Champion application greater community engagement and improved understanding, people wil be better able to reach out andhelp each other.
Please contact
It is important to note that Champions are ambassadors forThe Salvation Army and the Hope for Life project and E | [email protected]
therefore, it is important that Champions act professional y T | 02 9356 2120
and responsibly when performing their duties as Champions.
How to become a Hope for Life Champion M | 0435 967 265
www.suicideprevention.salvos.org.au
Hope for life is recruiting Champions and we wil providetraining and resources which wil equip Champions to become Agents of Hope in their local community.
Book Review - ‘Against Depression’ by Peter Kramer Kramer wrote this book after being deluged by stories of depression, depression research, and patients after he wrote ‘Listening to Prozac’.
While touring for this and his previous works, he would often be asked a question, "what if Van Gogh had taken prozac?" The real question he'sbeing asked is whether depression should be cured, or whether curing depression would take away something that is an essential part of beinghuman. In ‘Against Depression’ Kramer helps the reader understand exactly what depression is and what it is not; That it can affect a person'sheart literally as wel as figuratively. He seeks to divorce human emotions, which he celebrates, from the il ness of depression by focussing on thescience of the brain. Even those who have a vast knowledge of depression, personal or otherwise, wil find this book a valuable educational tool.
For information on these and other upcoming events please visit 14th NSW Rural Mental Health Conference (22 Jun-24 Jun)
Rural & Remote Mental Health Conference 2011 (9 Aug-11 Aug)
12th International Mental Health Conference (24 Aug-26 Aug)
Grief and bereavement - International Perspectives (Australian Centre for Grief & Bereavement)
Sydney (17 & 18 October); Melbourne (20 & 21 October) Training in Suicide Prevention and Bereavement SupportWould you know what to do? Would you know what to say? Would you know where to go for help? Are you interested in finding out more about Information, resources and training for those that support people who areat risk of suicide or lost a loved one to suicide? Hope for Life wil help you to develop the skil s, confidence andknowledge to respond to these situations.
The Salvation Army Hope for Life Suicide Prevention & Bereavement Support The Salvation Army Hope For Life Program grateful y acknowledges the financial assistance of the Australian Government Department of Health and Ageing through the National Suicide Prevention Strategy.

Little Blue Pill Is Growing Up - Viagra Turns 10 Viagra is so ingrained in pop culture, we forget it has only been around for 10 years. It's a punch line, an icon, the star of TV commercials that once evoked embarrassed chuckles. Viagra - the little blue pill celebrating its 10th birthday - continues to pack a potent punch, and not only in the bedroom. It and other erectile dysfunct