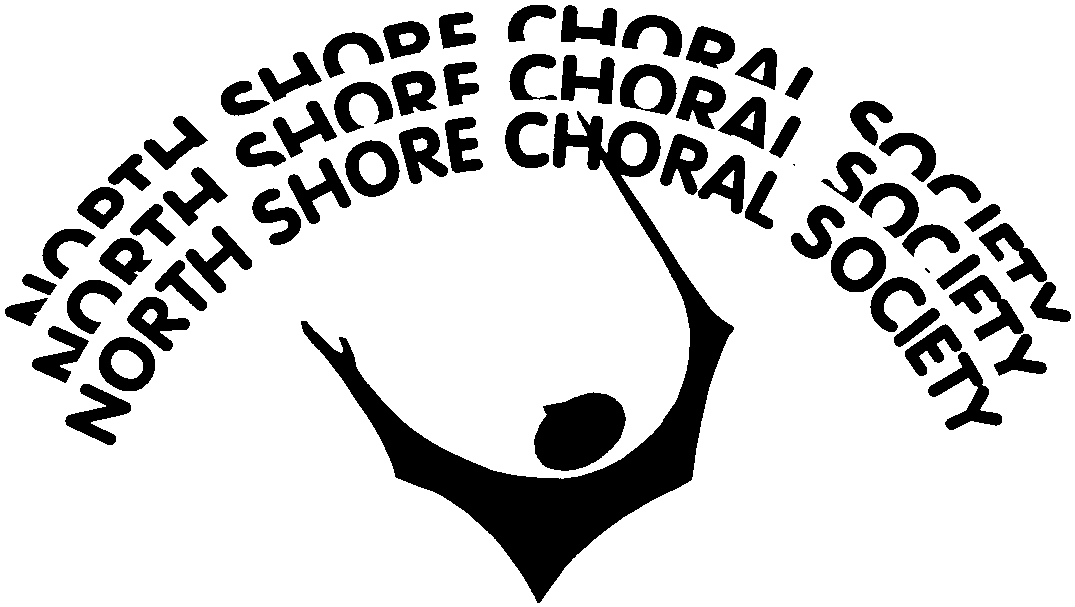 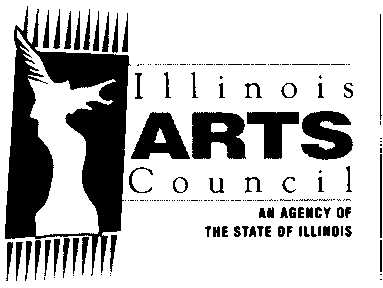 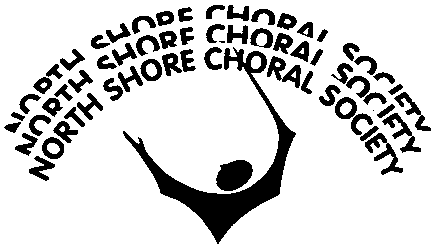 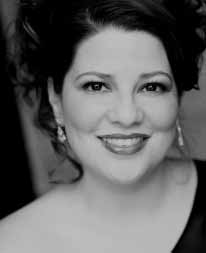 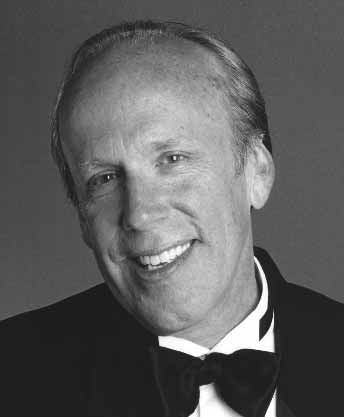 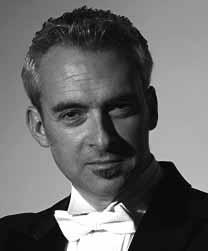 the symphony orchestras of Chicago, Cleveland, Milwaukee, BIOGRAPHIES
Seattle, Denver, Indianapolis, and Washington, D.C., in repertoire Michelle Areyzaga, soprano Following a “Stunning” (Opera Magazine) debut in
ranging from Brahms’ Requiem to Broadway pops to his most The Kaiser of Atlantis for Chicago Opera Theatre, Michelle Areyzaga has demonstrated repeated symphonic piece, Carmina Burana.
her vocal diversity in a variety of operatic roles including Cunegonde, Pamina, Susanna, Sophie (Werther), Musetta, Lauretta, Adele, Zerlina, Despina, Serpina, and Belinda. Mr. Orth has become known particularly for his roles in new She has performed with companies including Chicago Opera Theater, Lyric Opera of Chicago’s American operas like Richard Nixon in Nixon in China, Frank “In the Neighborhoods,” Opera Theatre North, DuPage Opera Theatre, Chicago Light Opera Lloyd Wright in Shining Brow, John Buchanan Jr. in the televised Works, and Orquesta Sinfónica del Estado de México. Most recently she reprised the role of broadcast of Summer and Smoke, The Father in Six Characters Zerlina for her Opera Birmingham début, and sang Pamina as part of Chicago’s Silk Road in Search of an Author, The Lodger in The Aspern Papers, Initiative, a production which aired on public television. The Lecturer in A Waterbird Talk, and Horace Tabor in The Ballad of Baby Doe. His world premieres include Harvey Milk in the title role, Dead Man Walking Recent concert engagements include Gustavo Leone’s Mundo as Owen Hart, The End of the Affair as Mr. Parkis, The Grapes of Wrath as Uncle John, at the Grant Park Music Festival, and “Bernstein on Broadway” Brief Encounter as Albert Godby, and the oratorio August 4, 1964 as Lyndon Johnson.
in both Cleveland and Long Island, NY. Ms. Areyzaga’s many and varied future engagements include performances Robert Orth can be heard on these recordings: Six Characters in Search of an Author by in Chicago, Michigan, New York and San Jose, as well as Weisgall, Harvey Milk by Wallace, Dead Man Walking by Heggie, The Telephone by Menotti, Costa Rica for that country’s fi rst ever performance of J. S. Bach’s The Grapes of Wrath by Gordon, Hansel and Gretel by Humperdink, and Shining Brow by Hagen. Adams’ Nixon in China is to be released later this year.
Ms. Areyzaga made her European concert début as soloist Future engagements include the world premiere of Jake Heggie’s Moby Dick in Dallas in Vaughan Williams’ Mass in G Minor at England’s York and San Diego, Sondheim’s A Little Night Music in Central City, Colorado, and Adams’ Minster Cathedral, Ely Cathedral, and St. Mary’s Church in Nixon in China in Vancouver and Toronto. Oxford. In Paris, she received standing ovations as soloist in the Lord Nelson Mass with the orchestra of London’s Royal Academy of Music and the David H. Edelfelt has built a multi-faceted musical career since moving to Chicago from
upstate New York in 1985. He is currently fi nishing his eleventh year as director of the As a recording artist, Ms. Areyzaga’s CD, The Sun Is Love was released on the Proteus Chancel Choir and Motet Choir at First Presbyterian Church, Libertyville where his duties label with The American Record Guide stating: “This album’s appeal owes much to the include leading choir and orchestra in major choral works. singing of Michelle Areyzaga, who has a sweet, unaffected voice and meticulous diction He previously served Bethel UCC in Elmhurst as Minister of just right for these appealing tunes.” Current recording projects include CDs of the songs of Music where he directed the adult choir and festival choirs. In 2000, Mr. Edelfelt had the opportunity to travel abroad as assistant conductor to a touring choir that presented concerts in Ms. Areyzaga was named by Pioneer Press as Chicago’s “Artist of the Year” for 2006.
Robert Orth, Baritone was named “Artist of the Year” by both New York City Opera and
As a bass-baritone, Mr. Edelfelt has sung operatic roles from Seattle Opera. He has sung for almost every major opera company in the United States, Mozart to Menotti. On the musical theater stage his roles including those in New York, Chicago, San Francisco, Los Angeles, Houston, Washington, have ranged from Rodgers & Hammerstein to Kander & Ebb. D.C., Seattle, Portland, Miami, Denver, and San Diego. He has also appeared as soloist with In oratorio work he has performed the roles of Handel, Bach 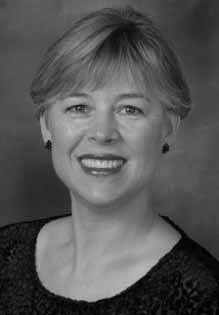 and Schubert, and the Requiems of Fauré, Mozart and Verdi. In the genre of choral music, he has sung under Robert Shaw, Erich Leinsdorf, Franz Allers, Fritz Mahler, Abraham Many thanks to the businesses and organizations that supported Kaplan, Brock McElheran, Eve Queler, and Julius Rudel. In his latest vocal endeavor – our Silent Auction fundraiser on Saturday, November 15, 2008: the cabaret scene in Chicago – the Chicago Tribune recently declared that he “probably sounds great singing the weather forecast… he’s just blessed with a luxuriant instrument.” At his private studio in Chicago, Mr. Edelfelt is a popular and in-demand voice teacher, vocal coach, accompanist and arranger to some of Chicago’s most talented and successful singers, including many other area voice teachers. He is a graduate of the Crane School of Music in Potsdam, New York where he received a BM degree in music education, and Northwestern University where he earned an MM degree in vocal performance. Mr. Edelfelt is a previous student of piano, organ, voice, clarinet, trumpet, cello, and percussion, and counts among his teachers Robert Shaw, Stanley Chapple, and Brock McElheran.
Sharon Rich Peterson has served as accompanist for the NSCS from
1979 to 1989 and 1994 to the present, having lived in Norway with her family in the interim. During those fi ve years she was accompanist at the Royal Academy of Music in Oslo and developed a specialty in Scandinavian piano repertoire which she had begun two years earlier in Sweden. Sharon is a graduate of North Park College and Northwestern and thanks to Illinois State Senator Jeff Schoenberg for his “Page for a Day” opportunity! University and has given several benefi t concerts for the NSCS. She has accompanied the Lyric Opera Chorus and has been Music Director of the Lyric Opera Center for American Artists’s touring production of The Magic Flute. She was the Swedish and Norwegian Language Coach for the 2006 season of the Steans Institute at Ravinia, working with Swedish Baritone Håkan Hagegård. She currently accompanies Chicago Symphony Chorus and at Northwestern University. Active as recitalist and vocal coach, Sharon is also organist at North Park Covenant Church and North Park Theological Seminary.
is a not-for-profi t community chorus founded over seventy years ago that has given many hundreds of non-professional singers the opportunity to perform choral masterworks, Twenty notes imprinted with a facsimile of a portion both classical and contemporary. Contact us at P.O. Box 103, Evanston, IL 60204-0103 of the original manuscript of Handel’s Messiah for only $10.00.
or call our General Manager, Len Barker, at (847) 272-2351. Half that amount becomes a contribution to help Visit our website at www.northshorechoral.org NSCS continue to bring quality choral concerts to its audiences. The North Shore Choral Society explores, studies, and performs
a wide range of choral music for the enrichment and enjoyment
Now on sale. Check them out at the ticket table.
of its singers and audiences. 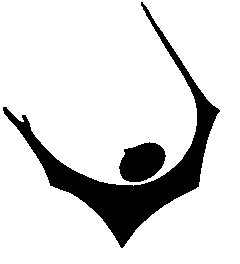 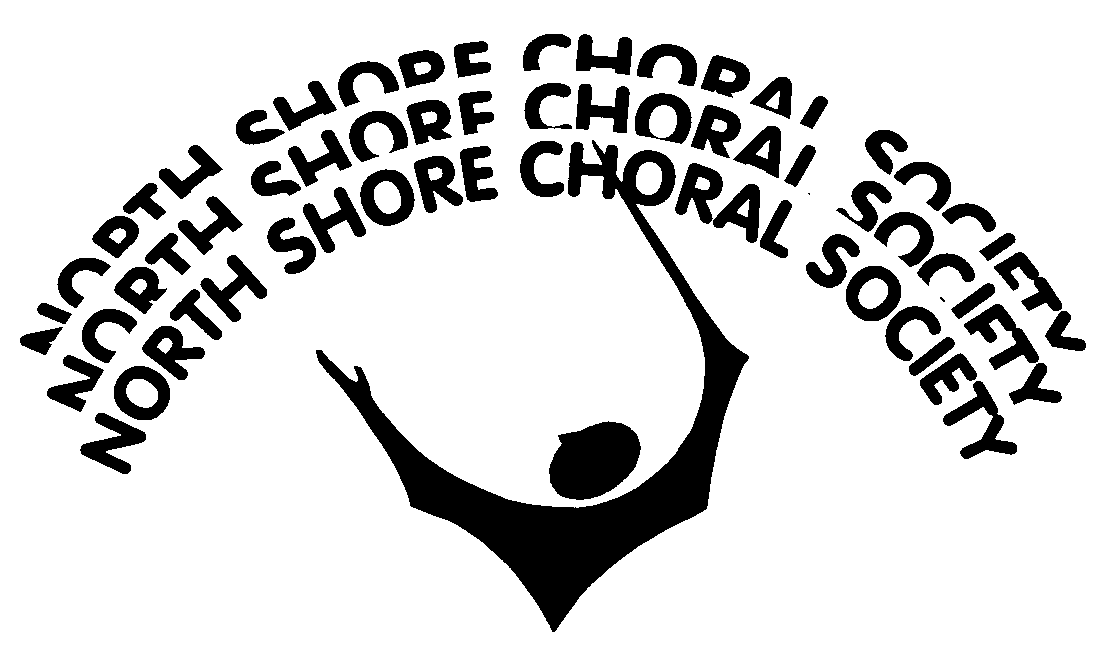 North Shore Choral Society 73rd Season 2008-2009
Today marks the end of our season titled New Directions. For the past nine months, the singers of the North Shore Choral Society have had the pleasure of singing and learning under the direction of three talented musicians who have prepared us to present three engaging concerts. Last November, Julia Davids made the standard movements of the traditional Mass an “extraordinary” experience through the music of eight different composers. In March, David Štech gave us “music for the soul” in psalms set to music by Bernstein and Rachmaninoff, plus Durufl é’s memorable Requiem. And this afternoon, David H. Edelfelt moves the chorus to shed “ethereal light” on works by Gabriel Fauré (his well-known and well-loved Requiem, plus Pavane, a wordless vocalise) and Morten Lauridsen (his choral masterwork Lux Aeterna). Please take a few minutes to read David’s extensive and enlightening program notes elsewhere in this program. In the next few weeks, the NSCS Board of Directors will select one of these three to become our new Music Director. Those of you who have attended all three concerts know how diffi cult this decision will be. We are guaranteed, however, that whoever succeeds to this position is fully capable of continuing the legacy of quality choral music established by the Society. If you are not on our mailing list and would like information about our next season, please leave your name and address at the box offi ce today. If you are, please join us again in the fall to see just where these “new directions” are taking us.