A novel two-step kit for topical treatment of tinea pedis –an open study A Shemer,† MH Grunwald,‡ B Davidovici,§ N Nathansohn,† B Amichai†,* †Department of Dermatology, Sheba Medical Center, Tel-Hashomer, ‡Soroka University Medical Center, Ben-Gurion University,Beer-Sheva, and §Dermatology Unit, Kaplan Medical Center, Rehovot, Israel *Correspondence: B Amichai. E-mail: [email protected] AbstractBackground Tinea pedis is a common skin disease affecting most of the population during their lifetime. Topical and systemic treatments give only temporary relief.
Objective To evaluate the efficacy and safety of a new topical treatment for moderate-to-severe tinea pedis.
Methods Fifty patients suffering from tinea pedis were treated in two stages: the active stage – single use of the novel topical solution for 45 min and novel cream twice weekly for 4 weeks; the preventive stage – cream application once weekly for 10 months.
Results Forty-five patients completed the active stage and achieved 76% cure rate. The medication was well tolerated; one patient dropped from the study because of very mild irritation. No other topical or systemic side effects were noted. Another five patients were lost to follow-up during the preventive stage. The total cure rate after Conclusions This novel treatment was found to be effective, well tolerated and safe in the treatment of moderate and severe tinea pedis during the active and the preventive stages.
Received: 27 October 2009; Accepted 18 December 2009 Tinea pedis is a common fungal infection in adults, affectingbetween 30% and 70% of the population.1,2 It often develops in persons with hyperhidrosis,3 particularly among men between 20 Fifty patients, males and females suffering from moderate-to- and 40 years of age.4 Elderly, diabetic and immunocompromised severe tinea pedis (moccasin type, interdigitalis type and vesiculob- patients are also at risk.4 The aetiologic pathogens most commonly ulous type) confirmed by mycological direct smear and culture associated with tinea pedis are Trichophyton rubrum, Trichophyton were enrolled in the study. Patients suffering from diabetic or mentagrophytes and Epidermophyton floccosum.1–5 stasis ulcers, peripheral vascular diseases or plantar keratoderma Fungal infection has a tendency to colonize the outer layer of including psoriasis were excluded. Pregnant and lactating women the skin, the stratum corneum. This layer serves as a reservoir of were also excluded. All patients stopped any topical or systemic food for fungi. Under conditions of moisture and the warm envi- antifungal treatment 4 months before entering the study. Patients ronment of the soles, the reaction between the fungus and the stra- known to have an allergy to at least one of the components of tum corneum produces a foul smelling odour. Itching, especially between the toes, is a very common complaint.3 Tinea pedis was confirmed by both KOH examination and Following effective treatment, patients return after several weeks mycological cultures of samples taken from the affected skin. Sam- to months with the same complaint; therefore, preventive treat- ples were divided into two parts; one was used for direct KOH ment is required. In this study, we evaluated the efficacy and safety examination and the second for fungal culture using Sabouraud’s of a new topical antifungal medication.
Dextrose Agar (Novamed, Jerusalem, Israel) that contains Journal compilation ª 2010 European Academy of Dermatology and Venereology 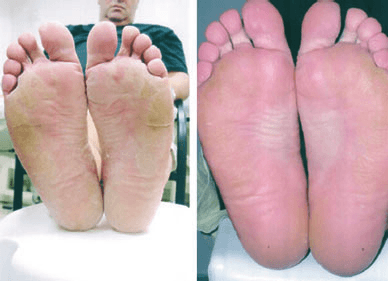 Inside this issue: Greetings to all and welcome to issue three of the YDPSA newsletter. The YDPSA has progressed tremendously since the elections of this current committee. This new committee hopes to achieve the unity and goals of the tawheed faith. To do this we have organised certain events for the term of this committee. Some of the forthcoming events include a trip to the Riverland