515 West College Avenue Lompoc, CA 93436
June, 2004
Rosa Terrones Chavez
First Car Show A Success
Receives Award
The first Alumni Association Show and Shine Car Showwas held last July 12th at Ryon Park. We hoped to have 50 Three Lompoc educators were awarded the Crystal Apple cars exhibited. A total of 86 cars showed up from as far away Award for excellence in education. Five awards were pre- sented in Northern Santa Barbara County, and the three Trophies were handed out in 8 classes plus a Best of Show.
Lompoc recipients were, Rosa Chavez, Lompoc High English Best of Show was won by a beautiful red Chevy Nomad
teacher Laura Lee Parks and Carol Adams.
owned by George Cecchetti from Arroyo Grande.
Rosa Terrones Chavez, a Lompoc High 1967 graduate, was honored for her 37 years of work in the counseling office and Antiques to 1949 - 1925 Ford Model T Truck owned by Bob
as a guidance technician at the high school. She began working in the counseling office while a student at Lompoc Collector/Classics, 50 to Present - won by a 1955 Chevy
High. After graduation she continued working at the high coupe owned by Jack Cole from Santa Barbara.
school as a full time counseling clerk, registrar, and in 1994 Muscle Cars - Dana Fabing’s 1970 Plymouth Baraccuda won
was promoted to Guidance Technician. She plans to retire at Hot Rods - was won by a 1937 Ford Coupe owned by Nico
Rosa was nominated by the Lompoc High Staff for her dedi- cation to the students and for her devotion to helping all Foreign class - Dirk Starbuck’s 1970 Mercedes Benz 220
students have the opportunity to continue their education.
Sedan.
Motorcycles - Ed Grant, from VAFB, with a special con-
Alumni Website
structed bike.
Trucks to 1978 - won by a 1956 Ford F-100 owned by Andy
The Lompoc High School Alumni website is now functional again. All of the searches etc. are working….If you haven’t Trucks ’79 to present - a tie between a 1994 Chevy S10
updated your personal info…please submit any corrections or
owned by True Beach of Solvang and Pete Solreano’s 1990 additions. Now that it is up and running…we are now talking Chevy.
about another ALL SIXTIES REUNION possibly in 2005. So The committee was led by Ardeane Eckert. Committeeplease get your addresses updated so you don’t miss out once members included: Don Chambers, Rodney Eckert, Maxinewe start sending out flyers. Also, if you aren’t an Alumni Asso- and Malcolm Hearne, Bob Holloway, Debbie and Barryciation Member, or would like to give a membership to some- Manfrina, Jan and Bob Manfrina, Jon Phelps, Tracy Schriver, one, please go to the membership application and print it out Les Schuyler and Art Vargas Jr.
and JOIN…for only $20 you become a lifetime member.
The BBQ was cooked by Bill Rule and Mike Martinez and On the application you’ll see where the money goes. The their crews. A very successful 50/50 drawing was held andsite’s address is: www.lompochsalumniassn.org Marjorie McVicar printed and sold car show t-shirts. The TriCounties Blood Bank Mobile Unit was present and 27 peopledonated blood.
The scholarship fund benefitted greatly from the success- Election of Officers
Election of officers was held at the March 25th meet-ing. Newly elected president is Dennis Headrick.
Ardeane Machado Eckert is vice president. LorettaStanish Hannah, treasurer. Debbie Schuyler Manfrina, 2003 Scholarship Recipient
secretary and Coleen Houk Valla, corresponding sec- The 2003 Lompoc High School Alumni Association Scholarship winner was Elizabeth Nicole Chavez. Elizabeth is Newly elected board members are Dean Morehart, the daughter of Rosie (Terrones) Chavez who graduated in class of 1950; Bob Holloway, class of 1957; Rosie Terrones Chavez, class of 1967 and Paul Boomersbach, Elizabeth is attending Allan Hancock College and will be transferring to Fresno State next year. 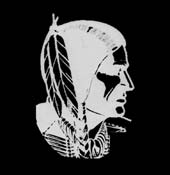 Manfrinas Selected Grand
Marshals of 2004
Flower Festival Parade
Lompoc High graduates Walt and Myra Manfrina have beenselected as this years Grand Marshals of the Flower Festival Pa-rade. Walt graduated in 1932 and Myra in 1939.
Walt was born in 1914 in Willows, California, but his family re-turned to Lompoc, when he was 6 months old, to run a dairy onSan Julian Rancho.
While attending Lompoc High Walt played on the Braves footballteam. Following high school, he worked for W. Atlee Burpee Co.
He then joined the Army and served during WW11 in the European Theater for 2 years, where he participated as an infantrymanin the Battles of the Bulge and the Hurtgen Forest. He received Purple Hearts for his injuries.
Upon returning home he went back to work at Burpees. He became manager of Burpees-Floradale Farms in 1952. He oversawthe planting and harvesting of hundreds of acres of flowers in the Lompoc Valley. He retired from Burpees after 40 years withthe company He is a member of the American Legion Post 211, Lompoc Valley Club, Lompoc Valley Historical Society, Future Farmers ofAmerica, past head of the Lompoc Rotary, Masonic Lodge, Pioneer Society and Lompoc Model T Club. Last year he washonored by the Santa Barbara County Board of Supervisors upon his retirement, after 32 years, on the Lompoc Cemetery Board.
For many years he was a flower judge at numerous flower shows in Lompoc, Santa Barbara, and Los Angeles.
Walt does volunteer work 2 days a week at the Lompoc Valley Historical Society’s Spanne House teaching third graders earlyLompoc History.
Walt recently celebrated his 90th birthday and he and Myra just marked their 62nd wedding anniversary.
Myra Huyck was born in Lompoc in 1921. While attending Lompoc High she was very active. She was ASB secretary, Seniorclass secretary, on the annual staff, in GAA, Jamboree, in the Jr. class play, Tri Y president, and the scholarship society.
Myra became a newspaper correspondent during the war years. That job lead to a devout interest in Lompoc history and theearly families who lived here. She has researched and written numerous articles and books on Lompoc history and Lompocfamily genealogies. She’s answered hundreds if not thousands of questions while working in the research room at the LompocHistorical Society. She’s e-mailed and written to people all of the world regarding Lompoc history.
While she and Walt lived at Burpees, she hosted seed company people from around the world who came to Floradale Farms towitness the flower seed industry first hand.
In 1996, Myra was named Lompoc Chamber of Commerce Woman of the Year. She and Walt were married in 1942 and have twosons, Barry and Robert (Bob), who both graduated from Lompoc High. Their four grandchildren, Deena, Bryan, Donica andJodi also all graduated from Lompoc High. They have four small great grandchildren.
2003 Alumni Assn. Hall of Fame Inductees
Walter Alves, Class of 1953 In high
Erlan Calvert. Class of 1953 Erlan re-
Peter Sousa, Class of 1953 In high
school Peter excelled in football and was football for two years, ran track for three ant. In 1959, following the Air Force, he supervise the building of Cabrillo High.

Alves Among
Gertie Rice Campbell and the
Award Winners
Santa Rita School
tributed altruistically to the profession CMT, and FAAMT, as the recipient of the 2003 Practitioner of The Practitioner of the Year Award is the highest award of the Association and serves to recognize an individual for out- Santa Rita School, 1923
standing activities in the profession of medical transcription.
AAMT is proud to recognize Barbara Alves Adler, CMT, FAAMT, as this individual. As a leader, Barbara has been called and a town hall for the 60 families that lived in the area.
the “master of delegation,” with an uncanny way of drawing County records show the school was open between 1988 and out the talents, skills, and abilities in fellow MTs with whom 1939. The number of students fluctuated between 17, and at she serves. Her drive for continuing education for all MTs is times , as many as 101. All grades-1st through 8th- were taught unmatched. She is respected among her colleagues for her professional advancements and leadership capabilities. Ms.
Some of the family names whose children attended the Santa Adler represents the profession of medical transcription with Rita School were Acin, Streeter, Machado, Gnesa, Guerra, the utmost dedication and perseverance.
Mendez, Robinson, Melani, Freitas, Burk, Davis, Olinger, Tosti, Ms. Adler has served on the Board of the Oregon Associa- Kolding and Domingos, to name a few.
tion for Medical Transcription (OAMT), a component asso- From 1913 to 1920 one of the students was Gertie Rice. Gertie ciation for AAMT, for the past 8 years, having served 4 years was born at Harris Station on June 20, 1907, to Frances and as President, 2 years as Immediate-Past President, and 2 years Clarina Righetti Rice. At the time of Gertie’s birth, her father as Delegate. Barbara currently serves as President of OAMT, worked at the pumping station for Associated Oil Company at and is seeking yet another 2-year term as President. Barbara Harris Station, located on the north side of Harris Grade, south has been a medical transcriptionist for 30 years, becoming of Highway 135. At age 3, her father was transferred to the Certified in 1983, and receiving the credentials of Fellow of Santa Rita pumping plant where oil from Casmalia and Sisquoc American Association for Medical Transcription in 2003.
was pumped to Gaviota and onto boats.
Serving the community in which she lives is important to Gertie attended school at the Santa Rita School. In 1925 she Adler, serving for the last 3 years on the board of the Lane graduated from Lompoc High School in a class with 46 stu- County Chapter of Mothers Against Drunk Driving (MADD).
She is currently the Vice President of that chapter.
In 1925 Gertie married Veril Campbell and lived in Santa Rita Barbara graduated from Lompoc High School in 1962, was where they farmed and raised four children. She was a member Flower Festival Queen in 1961, currently resides in Eugene, of the Lompoc High School Alumni Association, Lompoc Val- Oregon, and is the daughter of the late Victor Alves and Emily ley Historical Society, Lompoc Pioneer Society and a Charter Alves-Hufford of Lompoc. Barbara’s brother, Walt Alves, member of the Lompoc Grange. In 1994, Gertie was honored by graduated from Lompoc High in 1953 and resides in Santa being named the Grand Marshall of the Flower Festival Parade.
She enjoyed tending to the ranch, gardening and going toLas Vegas and Laughlin.
Gertie died May 30, 2003, at the age of 96. She is survived bythree children, Phyllis Anderson, Jim Campbell, and Donna The Old Fisherman
Starbuck, 14 grandchildren, 35 great-grandchildren and 16 great-great grandchildren. She was preceded in death by her hus- band, son Kenny, and granddaughter Tricia Campbell.
as, “The Old Fisherman” shows fourbeautiful lobsters taken in 1987 fromthe area coastal waters. Dick is 91years old now. His girls-Roxanne,Donna, Mary Ellen and Georgena sentus the picture.

Abstract of study submitted for presentation at the 18th Annual Meeting of the North American Skull Base Society, Chicago, USA, May 24-27, 2007 A safety study of the use of Vivostat® patient-derived fibrin sealant containing tranexamic acid in neurosurgery. Poulsgaard L*, Mørck A# and Holm NE#: *The Neuroscience Center, Department of Neurosurgery, Rigshospitalet, Copenhagen, Denmark. #V