other regions. It was postulated that the high incidence of oesophageal cancer was related to the presence of this mycotoxin in maize, which is a staple food in these regions. The incidence and concentration of aflatoxin [B.sub.1], deoxynivalenol and fumonisins [B.sub.1], [B.sub.2] and [B.sub.3] were recently determined in maize samples from an area of China (Haimen) with a high incidence of primary liver cancer and from an area with a low incidence (Penlai). Aflatoxin [B.sub.1] was found in low concentrations in almost all maize samples from both these areas, but the incidence and concentration of deoxynivalenol and fumonisins were much higher in the samples from the area where the incidence of primary liver cancer was high. The authors put forward the hypothesis that fumonisins, which have known cancer-promoting activity in rat liver, and deoxynivalenol promote the initial lesion caused by aflatoxin [B.sub.1]. An IARC working group classified the toxins from F. moniliforme as possibly carcinogenic to humans (Group 2B). Other Unidentified Mycotoxins
The impact of other mycotoxins on human health was reported in persons occupationally exposed to large amounts of different mycotoxin-producing fungi (farmers, workers in silos, etc.). In such cases, exposure to spores via the respiratory tract seems to be of considerable importance. In Norway an extensive epidemiological study was undertaken between 1967 and 1991 on 192,417 births to test the hypotheses that perinatal death was associated with parental exposure to pesticides, Toxoplasma gondii infection from sheep or pigs, or mycotoxins found in grain. The proportion of late-term abortions (gestational age 16-27 weeks) was higher among farmers. The risk associated with grain farming was higher after the harvest, in seasons with a poor quality harvest and in pregnancies with multiple fetuses, which suggests that mycotoxins in grain induce labour at an early stage of pregnancy. Pulmonary mycotoxicosis has been reported in ten persons exposed to large quantities of fungal hyphae and spores during the cleaning of silos. The clinical picture developed several hours afterwards, with burning eyes, throat and chest, irritating cough and fever. There was no wheezing, cyanosis or other sign of bronchospasm. In five patients, chest X-rays revealed reticular and fine nodular features compatible with interstitial pneumonitis. Histological study of a lung biopsy from one patient showed a multifocal acute process, with primary involvement of terminal bronchioles containing numbers of various spores. Cultures from lung biopsy material revealed at least five fungal species, including one Fusarium and one Penicillium. However, blood samples were not checked for the presence of mycotoxins. In contrast with the findings in patients with farmer's lung disease, these patients did not develop positive serological reactions to thermophilic actinomycetes or to extracts of fungi obtained from hay or silage. The patients were followed for periods of 1 to10 years; they continued their work, avoiding massive re-exposure to fungal dust, and during the observation period there were no further incidents. Additional Sources of Information:
Emissions from Mold May Be Culprits in Indoor Air ProblemsChronic Stuffy Nose, Nasal Polyps and Fungus — Gabe Mirkin, M.D. Toxic Effects of Some Common Indoor FungiDiseases Due to Environmental Moulds http://healthandenergy.com/diseases_linked_to_molds.htm 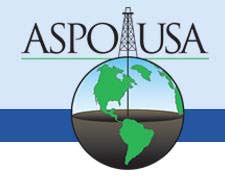 Here are some simple actions you can take to reduce energy costs, improve comfort, and
reduce air pollution in your home or other building:
1. Use a powered exhaust system on any device that burns fuel indoors. 2. Eliminate the need for air leakage through your home's building envelope by using mechanical ventilation to supply as much fresh filtered air as you want. 3. Seal air leaks in the building's envelope to block entry of microbes, allergens, toxins, 4. Insulate the walls and attic as much, or more than, recommended for your local climate. 5. Control indoor air pressure to: a) Minimize entry of radon and water vapor from the soil. b) Keep insulation effective and mold-free by minimizing leakage of moist air through walls and attics that have been cooled by winter weather. These actions will make your home a safer shelter if an accident, or a terrorist, releases chemical, biological or radiological substances upwind of your home. Will additional energy price increases be serious, certain and soon? To examine the evidence, go
to:
Association for the Study of Peak Oil & GasAssociation for the Study of Peak Oil & Gas - USA ---------------------------------------------------------------------------
Wisdom is knowing what should be done. Virtue is doing it.
Language Translation Service (Free) Universal Calculator/Converter Please send your suggestions, comments, and questions to Jon Traudt ( [email protected] ) http://healthandenergy.com/diseases_linked_to_molds.htm

The Method – New and old Technology Assessment methods Serious game How far would you go to become stronger, fitter or more competitive? Ritalin for your child to improve its educational chances? A robotic arm to boost strength? With the Rathenau Instituut’s new human enhancement app you can put your ethics to the test. spend time in training or use enhancements – mild and rad