Comorbidity is common among patients with major de- Medical Comorbidity
pression, but in most instances it may be of little rele-vance. Nonetheless, it is a complex issue because of its Clinical trials of antidepressants generally exclude patients relation to treatment response, and few studies have who have significant medical illness, yet depression with attempted to address this. Most have examined comorbid- medical comorbidity is the norm rather than the exception ity after the fact in secondary analyses. In this article, I among patients who are seen in most clinical settings. The focus on whether comorbidity influences depression treat- treatment of depression in medically ill patients is chal- ment response among patients who are primarily diag- lenging. Recognition, compliance, differential diagnosis, nosed as suffering from major depression. At least three side effects, and tolerance of drug regimens can compli- comorbidities are believed to influence treatment re- cate the treatment of depression among patients who are sponse: medical, anxiety, and personality disorders. medically ill. Before the introduction of selective seroto- Whether studies find that these factors predict worseoutcomes in patients with major depression appears to nin reuptake inhibitors (SSRIs), it was generally believed depend on the nature and severity of the medical illness, that medically ill depressed patients did not tolerate or the study setting, and the study design. The best designed respond well to antidepressant treatment. studies reported the least effects of these factors on reported that nortriptyline was contraindicated in treatment outcome. Clinically, this suggests that these 90% of medically ill depressed patients. He also noted that factors should not be seen as impediments to treatment. 80% of potentially eligible patients were unable to com- Biol Psychiatry 2003;53:701–706 2003 Society of Bio- plete a trial of nortriptyline. In a retrospective review reported that only 40% of medically illdepressed patients responded to treatment and that 32% Key Words: Comorbidity, medical, treatment, anxiety,
could not tolerate treatment. Both these studies were conducted before the advent of SSRIs and led to anihilistic perception regarding the use of antidepressants in Introduction
the medically ill. This perception may not be warranted.
A recent Cochrane report on the use of antidepressants Comorbidity is common among patients with major in the medically ill addresses the issue of whether antide- depression, but in most instances it may be of little pressants are effective in this population relevance. Nonetheless, it is a complex issue because of its This review analyzed all relevant randomized trials relation to treatment response, and few studies have that compared any antidepressant drug with placebo or no attempted to address this. Most available studies examined treatment in patients diagnosed with depression and a comorbidity after the fact in secondary analyses. In this specified physical disorder. This review included 18 stud- article, I focus on whether comorbidity influences depres- ies, covering 838 patients with a range of medical condi- sion treatment response among patients who are diagnosed tions (cancer in two studies, diabetes in one, head injury in primarily as suffering from major depression. It is impor- one, heart disease in one, HIV in five, lung disease in one, tant to keep in mind that depression secondary to other multiple sclerosis in one, renal disease in one, stroke in diseases may not have the same response pattern. At least three, combined disorders in two). Six studies used SSRIs, three comorbidities are believed to influence treatment three used atypical antidepressants, and the reminder used response: medical, anxiety, and personality disorders. I tricyclic antidepressants (TCA). The key finding was that briefly review the available information on whether the patients treated with antidepressants were more likely to presence of these three categories of comorbidity influ- improve than those who were given placebo or no treat- ence treatment response among patients with a primary ment. The finding that about four patients would need to be treated with antidepressants to produce one recoveryfrom depression that would not have occurred had they From the Department of Psychiatry and Behavioral Sciences, Duke University been given placebo or no treatment is similar to that seen Medical Center, Durham, North Carolina.
Address reprint requests to Ranga R. Krishnan, M.D., Department of Psychiatry and in trials of depressed patients without medical problems.
Behavioral Sciences, Duke University Medical Center, Box 3950, Durham NC The other interesting finding was that antidepressants were Received May 3, 2002; revised August 26, 2002; accepted October 2, 2002.
well tolerated by patients; about 10 patients would need to 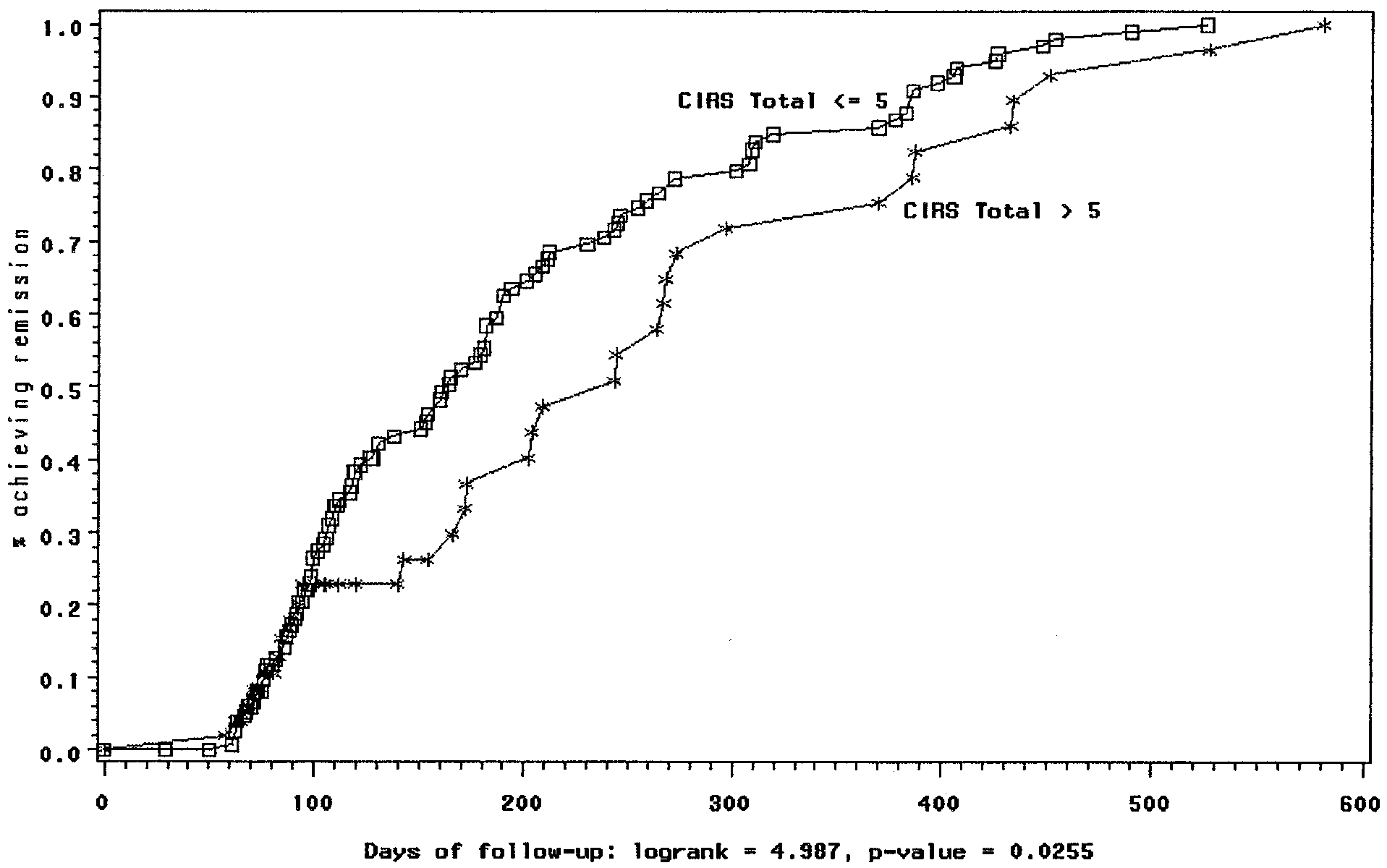