Only for the use of Medical Professionals Metform®
Description
Metform® is a preparation of Metformin Hydrochloride. It is a biguanide type oral
antihyperglycemic agent used in the management of type 2 diabetes mellitus. It lowers both
basal and postprandial plasma glucose. Its mechanism of action is different from those of
sulfonylureas and it does not produce hypoglycemia. Metformin acts by decreasing intestinal
absorption of glucose, reducing hepatic glucose production, and improves insulin sensitivity
thus enhancing peripheral glucose uptake and utilization of glucose.
Indications
Metform as monotherapy is indicated as an adjunct to diet to lower blood glucose in patients
with non-insulin-dependent diabetes mellitus (NIDDM) whose hyperglycemia cannot be
satisfactorily managed on diet alone. Metform is also indicated for use concomitantly with a
sulfonylurea when diet and Metformin Hydrochloride or sulfonylureas alone do not result in
adequate glycemic control.
Dosage and administration:
Adults:
Metform 500 mg & 850mg: The usual starting dose of Metformin is 500 mg twice a day or
850 mg once a day, given with meals. Dosage increases should be made in increments of 500
mg weekly or 850 mg every 2 weeks, up to a total of 2000 mg per day, given in divided doses.
Patients can also be titrated from 500 mg twice a day to 850 mg twice a day after 2 weeks. For
those patients requiring additional glycemic control, Metform® may be given to a maximum
daily dose of 2550 mg per day. Doses above 2000 mg may be better tolerated given three
times a day with meals.

Metform® ER : The usual starting dose of Metform® ER (Metformin Hydrochloride extended-
release tablets) is 500 mg once daily with the evening meal. Dosage increases should be made
in increments of 500 mg weekly, up to a maximum of 2000 mg once daily with the evening
meal. If glycemic control is not achieved on Metform® ER 2000 mg once daily, a trial of
Metform® ER 1000 mg twice daily should be considered. If higher doses of Metformin are
required, Metform® should be used at total daily doses up to 2550 mg administered in divided
daily doses, as described above.
Concomitant Metform® or Metform® ER and oral sulfonylurea therapy in adult patients:
If patients have not responded to four weeks of the maximum dose of Metform & Metform ER monotherapy, consideration should be given to gradual addition of an oral sulfonylurea. Concomitant Metform® or Metform® ER and Insulin Therapy in Adult Patients:
The current insulin dose should be continued upon initiation of Metform® or Metform® ER
therapy. Metform® or Metform® ER therapy should be initiated at 500 mg once daily in patients
on insulin therapy. For patients not responding adequately, the dose of Metform® or Metform®
ER should be increased by 500 mg after approximately 1 week and by 500 mg every week
thereafter until adequate glycemic control is achieved. The maximum recommended daily dose
is 2500 mg for Metform® and 2000 mg for Metform® ER.
Children
The usual starting dose of Metform® is 500 mg twice a day, given with meals. Dosage increases
should be made in increments of 500 mg weekly up to a maximum of 2000 mg per day, given
in divided doses.
Safety and effectiveness of Metform® ER in pediatric patients below 10 years has not been
established.
Geriatric Use:
Metform® should only be used in patients with normal renal function. Care should be taken in
dose selection and should be based on careful and regular monitoring of renal function.
Use in pregnancy & lactation
Safety of Metform® in pregnant woman has not been established. Metform® should be used
during pregnancy only if the potential benefit justifies the potential risk to the fetus. It is not
known whether Metform® is secreted in human milk. Because many drugs are excreted in
human milk, it should not be administered to a breast-feeding woman.
Side-effects
The most common side effect of Metformin is diarrhoea, nausea, vomiting, abdominal bloating,
flatulence, and anorexia. Lactic acidosis also rarely occurs. Long- term use of Metformin has
been associated with malabsorption of vitamin B12
Contraindications
Metformin is contraindicated in patients with hypersensitivity to Metformin or to any of its
ingredients. It is also contraindicated in renal disease or dysfunction, congestive heart failure,
acute myocardial infarction and diabetic ketoacidosis.
Precautions
Metformin Hydrochloride therapy should be temporarily suspended for any surgical procedure
(except minor procedures not associated with restricted intake of food and fluids) and should
not be restarted until the patient's oral intake has resumed and renal function has been
evaluated as normal. It should be used with caution in case of excessive alcohol intake and
hepatic insufficiency. Metformin is known to be substantially excreted by the kidney and the
risk of Metformin accumulation and lactic acidosis increases with the degree of impairment of
renal function. It should be temporarily discontinued in patients undergoing radiologic studies
involving intravascular administration of iodinated contrast materials, because use of such
products may result in acute alteration of renal function.
Drug Interactions
Plasma concentration of Metformin is increased if Metformin co-administrates with furosemide,
nifedipine, amiloride, digoxin, ranitidine, triamterene, and trimethoprim. Thus, careful patient
monitoring and dose adjustment of Metformin and/or the interfering drug is recommended in
patients who are taking such drugs. When such drugs are administered to a patient receiving
Metformin, the patient should be closely observed to maintain adequate glycemic control.
Overdosage
Hypoglycemia has not been seen even with ingestion of up to 85 grams of Metformin, although
lactic acidosis has occurred in such circumstances. Hemodialysis may be useful for removal of
accumulated drug from patients in whom Metformin over dosage is suspected.
Pharmaceutical precautions
Store in a cool and dry place. Protect from light. Keep out of reach of children. 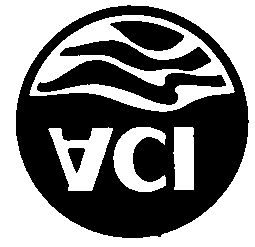 Ciprodex® Otic Drops Policy Number: 5.01.507 Last Review: 02/2013 Origination: 02/2005 Next Review: 02/2014 BCBSKC will provide coverage for Ciprodex® otic drops when it is determined to be medically necessary because the following criteria have been met. When Policy Topic is covered Due to increased utilization of Ciprodex ® Otic Drops for otitis media w