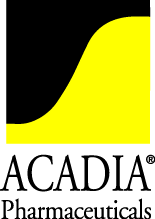 Parkinson’s disease is a chronic and progressive neurodegenerative disorder that affects about
one million people in the United States and from four to six million people worldwide. It is the
second most common neurological disorder after Alzheimer’s disease. Parkinson’s disease
involves the death of neurons in a region of the brain that controls movement, creating a shortage
of an important neurotransmitter known as dopamine, thereby rendering patients unable to direct
or control their movements in a normal manner. Parkinson’s disease is characterized by well-
known motor symptoms, including rest tremor, bradykinesia, rigidity, and disturbances of
balance and posture, as well as by non-motor symptoms, including psychosis, depression, sleep
disturbances, compulsive behaviors and dementia. Among these the onset of psychosis is
considered a particularly poor prognostic sign.
Parkinson’s disease psychosis, or PDP, is a debilitating disorder that develops in up to 60 percent
of patients with Parkinson’s disease. The development of PDP substantially contributes to the
burden of Parkinson’s disease and deeply affects the quality of life of Parkinson’s patients. PDP
is associated with marked increases in caregiver stress and burden, is the single greatest
precipitant of nursing home placement among patients with PD, and results in substantial
morbidity and mortality.
PDP is characterized by the presence of hallucinations and delusions. Hallucinations are most
common and are often visual but may also include somatic or other sensory phenomena.
Initially, hallucinations may involve a sense of presence or passage, and insight is often retained,
but as the condition progresses the hallucinations become more intransigent and delusions
become more prominent. Delusions commonly involve suspicions of spousal infidelity or other
paranoid themes and are often profoundly disturbing and debilitating. PDP therefore represents a
major inflection point in the course of a patient’s disease, which is compounded by the lack of
appropriate therapeutic options.
Current Standard of Care
Currently, there is no FDA-approved therapy for PDP. Traditionally, there are two approaches
which may be applied in the treatment of the condition. First, physicians may attempt to reduce
or withdraw dopaminergic therapy, the principal component for management of motor
symptoms. However, this approach is generally not effective in alleviating PDP and often comes
at the cost of significant worsening of motor function. Therefore, physicians frequently must
resort to off-label use of antipsychotic medications and, in some cases, hospitalization. Due to
their dopamine blocking properties, antipsychotics may counteract the anti-Parkinson’s therapy
thereby worsening motor symptoms. Only clozapine, when given at low doses, has been shown
to be effective without impairing motor function. Use of clozapine, however, is limited because
it may cause a potentially fatal blood disorder called agranulocytosis. Thus stringent blood
monitoring is required. Low-dose clozapine has been approved in Europe, but not in the U.S. for
treatment of PDP. Other antipsychotics, including seroquel, have been proven ineffective in
blinded studies of PDP patients or have worsened motor function in these patients. These agents
also are associated with a risk for other significant side effects in this elderly and fragile patient
population. All current antipsychotics carry a black-box warning on their label for use in elderly
patients with dementia-related psychosis because of increased mortality and morbidity.
Nevertheless, because there is no alternative, antipsychotics continue to be widely used in the
treatment of PDP, despite a high prevalence of dementia as a co-morbid condition in this patient
group. Therefore, there is a large unmet medical need for new therapies that will treat PDP
effectively without compromising motor control or incurring the risks of serious side effects.
Pimavanserin, a proprietary new chemical entity in Phase III development by ACADIA, offers
an innovative non-dopaminergic approach to treating PDP by selectively blocking the serotonin
5-HT2A receptor. Both scientific and clinical evidence support the rationale for use of 5-HT2A
receptor inverse agonists, such as pimavanserin, in the treatment of PDP. This receptor is
strongly implicated in psychotic conditions and, specifically, in visual hallucinations in PDP;
selective 5-HT2A inverse agonists are effective in an animal model of PDP; low doses of
clozapine, which block 5-HT2A receptors but not dopamine D2 receptors, are effective in
treating PDP and initial PDP studies with pimavanserin have provided encouraging results.
References

The Link  A publication from the Alton Memorial Hospital Infection/Pharmacy Committee on Formulary and Drug Use Evaluation for physicians. August 2011 PCA changes in preparation for CPOE The BJC Community Hospitals have completed the physician order form for PCA (patient controlled analgesia) and have standardized to specific concentrations and ordering parameters.

RECOMMENDED INTERNATIONAL CODE OF PRACTICE FOR THE STORAGE AND TRANSPORT OF EDIBLE FATS AND OILS IN BULK CAC/RCP 36 - 1987 (Rev.1-1999, Rev.2-2001, Rev.3-2005) This Code of Practice applies to the handling, storage and transport of all crude or processed edible oils and fats in bulk. INTRODUCTION Three types of deterioration can occur in oils and fats during the operations dealt